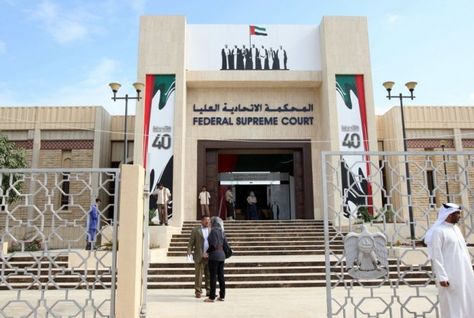 Sentenced to 10 years in jail for publication of Fake News

A United Arab Emirates court has sentenced on Wednesday a prominent academic to 10 years in prison over a series of tweets criticising authorities, Amnesty International said.

Nasser Bin Ghaith was convicted of promoting “false information in order to harm the reputation and stature of the state and one of its institutions” over a series of tweets in which he said he had been denied a fair trial in a previous case, the Beirut regional office of the rights group said.

Bin Ghaith was arrested and incarcerated  in August 2015 over what Amnesty said was a series of tweets in which Ghaith claimed he was not given the right to a fair trial after his 2011 arrest.

“Today’s sentencing of a prominent economist, academic and human rights defender Dr Nasser bin Ghaith to 10 years in prison is yet another devastating blow for freedom of expression in the United Arab Emirates.” she said on Wednesday. “By imposing this ludicrous sentence in response to his peaceful tweets, the authorities have left no room for doubt: those who dare to speak their minds freely in the UAE today risk grave punishment.”

Maalouf described Gaith as a “prisoner of conscience” who was imprisoned for “the peaceful expression of his conscientiously held beliefs”. “He has already been forcibly disappeared, held in secret detention for months and subjected to beatings and deliberate sleep deprivation,” he added. “He is another victim of the UAE’s repressive crackdown on dissent, which also saw the prominent human rights activist Ahmed Mansoor arrested last week.”

Ghaith’s sentencing comes less than two weeks after the arrest of Ahmed Mansoor, another member of a group of rights activists known as the UAE Five, who were arrested in April 2011 and released later that year by a presidential pardon.

The five were accused of insulting UAE leaders online, inciting anti-government protests and calling for the boycott of elections for the Federal National Council, an advisory body with no legislative power.

Mansoor, who had been stripped of his passport and barred from travel despite the presidential pardon, was re-arrested this month under the UAE’s cybercrime law.

He is accused of using social media platforms to “publish false information and rumours, and spread tendentious ideas that would sow sedition, sectarianism and hatred and harm national unity and social peace, as well as harming the state’s reputation and inciting disobedience.” according to the state-run Emirati news agency WAM.

Mansoor in 2015 won the Martin Ennals award, named after a former secretary general of the London-based Amnesty International.

The award, dubbed the Nobel Prize for human rights, is given to human rights defenders who show deep commitment to their cause despite huge personal risk.

On the oposing point of view most western nations have the same laws.

In the UK and USA the likes of Edward Snowden, Julien Assange and other activists were ‘dissapeared’ with a plethora of false accusations made against them, false imprisonment, physical and psychological torture, threats and blackmail used as techniques to silence those standing up for Human Rights.

However from the view point of the government, the UAE and Oman have laws against publishing false news, which the UAE argues is simply being enforced here.

The UK has a law about inciting public decent, breaching the peace or corruption of public morals.   Western nations have been slow to adopt laws prohibiting false news which many creators argue is entertainment and creative writing not news.

Several high profile legal cases were launched in 2016 and 2017 against those responsible for the publication of Fake News.

Repression of Human Rights and scape goating of those who stand up for truth and freedom is on the same side of the coin as publishing Fake News. Both totally destroy truth and cause untold damage to public psychy and individual lives.

Whether you see the UAE as defending the truth by punishing Fake News or as suppressing those standing for the truth is not for the media to judge or decide. Such issues need to be and are being delt with by international NGOs and high courts.

Note about this article:

Al-Sahawat Times remains impartial at all times and reports factual and truthful news based on evidence and reliable sources.

No opinion of Al-Sahawat Times, the journalist writing nor any staff, owner or shareholder are expressed here.

Al-Sahawat Times implies no hidden or alternative meanings nor motives.