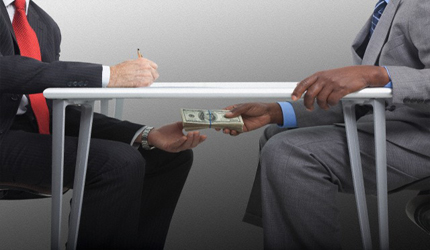 In a shocking move Theresa May’s Conservative Party have managed to form a power deal with Northern Ireland to keep her in power on the condition she grants £1 bn to the DUP party for their 10 seat vote and support.

In the general election 2017 no one party won enough votes to rule alone in the UK. When this happened in 2010 the hung parliament was broken by a Liberal Democrats – Conservative coalition.

This time nobody was keen to do business with Theresa May and the tories.

However Northern Ireland’s DUP, a party loyal to union with the UK rather than with Ireland agreed to a “Supply and Confidence” agreement deal where by the DUP prop up the Conservative Party by voting in the same way and mirroring their arguments and challenges in Parliament.

This agreement involved the payment of £1 bn to the DUP from London.

In essence Theresa May just bought herself 10 extra seats and a few more years in power for £1 bn.

£100m/seat it would appear is the going RRP if you wish to buy the UK.

You would require 326 seats to secure an absolute majority and total control of the UK, so £32’600’000’000 (£32.6 bn) would be the retail value of the UK. Considerably less than many of the world’s top companies and billionaire individuals.