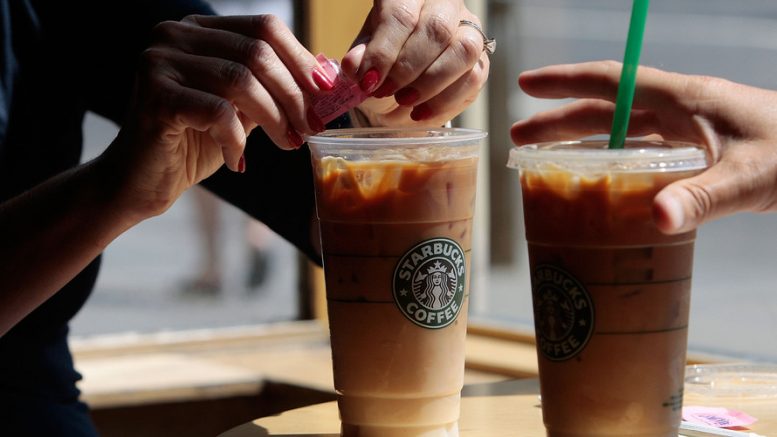 Ice from three of the world’s major coffee chains in the UK has been found to contain faecal bacteria.

All three chains have responded to the findings saying that they are taking steps in the matter.

Rob Kingsley, an expert in food-borne pathogens and a research leader at Quadram Institute Bioscience said the findings were extremely concerning.

“Coliforms are an indicator of faecal contamination which means that essentially anything which is in faeces could be in that ice,” he said, meaning other, more dangerous bacteria could be present. “It is an indicator that somewhere there has been some kind of breakdown in hygiene or the source of the water used for this ice.”

Asked whether the public should give iced drinks a wide berth, Kingsley demurred but added “I would certainly think twice about eating something which may contain faecal contamination at that level, where it is detectable.”

It is not the first food outlet to be shown to have high levels of such bacteria in its ice: last year int he UK, BBC television show Rip Off Britain found high levels of faecal bacteria in ice from a KFC restaurant in Birmingham, prompting the chain to launch an investigation. However, ice from a handful of coffee shops tested at the same time, including Costa and Caffè Nero, was not found to be cause for concern.

“This time we have tested 10 coffee shops of each of the three different chains, so we tested more places,” said Margarita Gomez Escalada, a microbiologist and senior lecturer at Leeds Beckett University who carried out the analysis for both studies.

Gomez Escalada said that it was most likely that ice was contaminated by being touched by unclean hands, but added that ice machines and ice buckets might have compounded the issue if they were not properly cleaned.

“The levels allowed by law of bacteria in tap water are super low, so we would find say maybe 10 microorganisms per millilitre, we found hundreds per millilitre,” she added.

“The fact that we have found so many bacteria, it just increases the risk [of getting sick],” she said. “Some of the bacteria we identified were actually what we call opportunistic pathogens, which are bacteria that to healthy people do not often cause disease, but they cause disease to people [whose] immunity is reduced.”

Gomez Escalada admitted that other pathogens might also have been present in the samples, but would not have been picked up in the analysis.

Tony Lewis, head of policy at the Chartered Institute of Environmental Health who has seen the findings urged caution, pointing out that the sample size for the investigation was small.

“Given that there are hundreds of thousands of coffee shops around the world, tens of thousands just in the UK, we have to put this into context. The samples indicate a problem, or problems, in respect to the Costa and the Caffè Nero and the Starbucks, but at the end of the day the public should not panic about this. You can’t generalise from the small sample size that we have got here.”