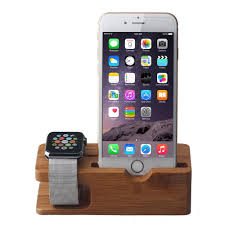 There has always been a mixed reception to Apple Watches, many love their convenience and portability whilst others complain about the requirement for an iPhone for the watch to work.

Well now Apple is reportedly going to release a brand-new Apple Watch that can connect to the internet using 4G and won’t require an iPhone to work.

Currently the Apple Watch uses both Bluetooth and WiFi to pull in new information which means that you either have to be in range of your iPhone or within range of a known WiFi network.

4G will give freedom from your iPhone but will require a data plan much as with cell enabled iPads.

This means many of us now will be paying monthly data plans for each of our iPhone, Apple watches, iPads and if you use 4G dongles then MacBook also. Four monthly payments is a lot when you consider the cost of a monthly plan on a top of the line maximum spec Apple product is over $100 USD/month in most countries. Not forgetting the need for Apple dongles, accessories, software, apps, AirPods, Apple Care, cases and protectors, paid content and subscriptions and iCloud storage plus the cost of the devices themselves for each of your devices.

Sources familiar with the matter claim the Apple Watch 3 would remove this dependence on iPhones, allowing users to take their Apple Watch out without their iPhone and still be able to send messages, receive calls and even download new music. Great when you are manually busy or distracted but need to stay connected.

While the Apple Watch started life as a premium gadget the success of the cheaper Apple Watch Sport led the company to massively expand the range of colours and straps.
Since then Apple and its CEO Tim Cook have regularly claimed the gadget as the best-selling smartwatch available and it looks as though Apple is only looking to cement this further.

At this point it should be noted that this is still the usual Apple pre launch speculation, neither Apple nor Intel (the company making the 4G chip) have commented nor are they likely to.

From Apple’s point of view it makes a lot of sense to help detach the Apple Watch from the iPhone.

The Apple Watch’s fitness credentials mean that it’s already used by many as their main fitness tracking device and so there’s definite appeal in being able to leave your iPhone behind while you go for a run and yet still be able to answer calls and receive messages.

The current Apple Watch Series 2 added to the original in a number of very fitness-focused manners.