Venezuela may have a fearsome reputation in the US media by the reality is somewhat different.

With a population of 32 million Venezuela only has 16 thousand prisoners, and has never had more than 50 thousand.

The UK by comparison with a population of 53 million (England, UK in total 66 million) has a current prison population of 86 thousand. Twice the population of Venezuela but more than four times the prison rate.

Unlike the UK and US where mega prisons hold thousands of inmates in crowded dirty and violent conditions with little room to move or stand, Venezuela operates micro prisons some with only 100 inmates. 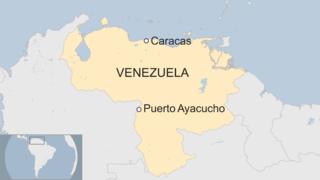 Yet when violence does flare up in Venezuela’s prison system it’s typically not prisoner on prisoner violence, the inmates take out their frustrations on the guards, in a scale the US and UK never see.

At least 37 prisoners have been killed during fighting between heavily armed inmates and military grade armed security forces at a prison in southern Venezuela.

Security forces raided the prison in Puerto Ayacucho the capital of the southern jungle state of Amazonas seeking to restore order.

Inmates of a tiny jungle state prison had seized control of the facility several weeks ago.

“This was a massacre,” tweeted the state governor Liborio Guarulla following the raid.

“At midnight special forces showed up and through the night we heard gunfire and explosions,” he said.

He added that the city’s morgue was overwhelmed and was struggling to handle so many bodies.

“The government went in to try to regain control of the jail”, he said. “The prisoners resisted.”

The Venezuela state prosecutor’s office confirmed it is investigating 37 prisoner deaths in the prison and that 14 serious officer injuries.

The death toll is the country’s second worst in history since 61 people were killed in a prison riot in 2013.

Venezuela has around 30 prisons, many of which are micro prisons and fluctuate from stable to overcrowded.

The facility in question only housed about 110 inmates, said Guarulla.

The country’s prison system was built to hold just 16’000 inmates according to the Venezuelan Prisons Observatory, whom also concluded that at it’s peak the system has housed up to 50’000. 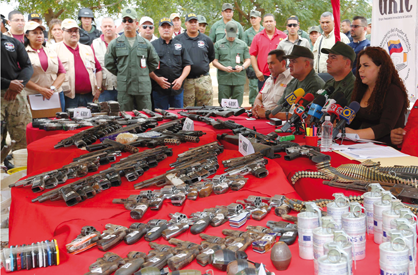 Weapons found in the aftermath of the prison include fully automatic rifles, grenades, fire bombs and high caliber hand guns.

As protests over the deaths stread through the country fears rise in a nation already crumbling under relentless antigovernment riots and protests.