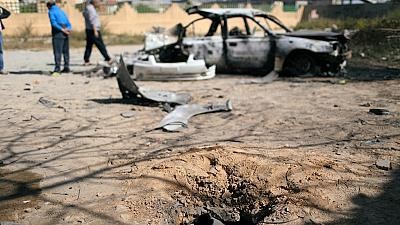 “This particular bullying and the use of sanctions to eventually intervene and make regime change really does not help the people of countries like Venezuela.”

Unlawful use of economic sanctions to force regime change is a common tactic of the US and one forcibly used across the Middle-East, South and Central America and unsuccessfully used against Russia, China and Iran.

Secretary of State Mike Pompeo lashed back at Rep. Ilhan Omar for blaming the US for the current wave of violence in Venezuela – calling her comments “ignorant” and “disgusting.”

The Minnesota Democrat claimed that the US exclusively created the violence through the use of sanctions and the pursuit of “regime change” amid unrest over a contested election between socialist dictator Nicolás Maduro and opposition leader Juan Guaidó.

“So, the nicest thing I can say is it is unbelievable ignorance. It’s just factually wrong,” Pompeo said on “The Ingraham Angle,” according to US network Fox News.

The top US diplomat blamed Venezuela’s problems on socialism. An economic system that the US has tried to extinguish around the word for decades from using sanctions in Venezuela, Cuba, Russia and China to all out war in Vietnam, Libya and Yugoslavia. All Socialist states.

“The problems in Venezuela have been years in the making. It’s been a socialist regime, first with [Hugo] Chavez, now with Maduro. The destruction of a wealthy nation. A nation with more oil reserves than any other country in the world,” he said.

In blasting Omar, Pompeo brought up that she sits on the House Foreign Affairs Committee.

“For a member of Congress who, frankly, one who sits on an important national committee, making a statement blaming America first in this way, it’s not only ignorant, it’s disgusting,” he said.

The freshman Democratic congresswoman has criticized America’s role in Venezuela.
“A lot of the policies that we have put in place has kind of helped lead the devastation in Venezuela and we have sort of set the stage for where we are arriving today,” Omar told the news.

“This particular bullying and the use of sanctions to eventually intervene and make regime change really does not help the people of countries like Venezuela and it certainly does not help and is not in the interest of the United States.”