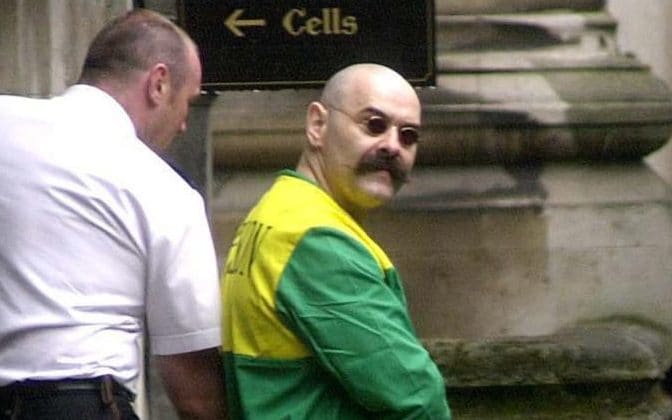 Notorious British prisoner, Charles Bronson whom also goes by the names “Charles Salvador” in honour of his favourite artist ‘Salvador Dali’ and Michael Gordon Peterson (His name at birth before being legally changed), has become engaged to who will be the inmate’s third wife.

Charles Bronson to marry British actress from behind bars

All prison phone calls are recorded and monitored and staff at Bronson’s jail said that the inmate serenaded his new fiancée with his own rendition of Frank Sinatra’s ‘My Way’ moments after asking the actress to be his wife.

Prison staff talking to journalists about the detailed content of an inmate’s private phone calls have raised concern in the United Kingdom where the inmate resides. It is unclear at this time via which exact channels the information was leaked to the press with Bronson’s new fiancée also giving press interviews.

Paula Williamson, an actress who has appeared in British soaps; Coronation Street, Hollyoaks and Emmerdale was proposed to by Bronson during a telephone call from HMP Wakefield, where Bronson is currently serving a life sentence.

This will be the third marriage for 64 year old Bronson whom divorced his first wife of 5 years, Irene in 1977, three years after being sentenced to 7 years in 1974.

Bronson then married Fatema Saira Rehman in 2001, suggesting the inmate had converted to Islam in jail. Bronson’s marriage to Ms Rehman lasted for 4 years.

Williamson was filmed (sparking unfound tabloid rumours that the actress could be using the engagement as a publicity stunt) accepting the phone call on Valentine’s Day where Bronson can be heard instructing her to open a package he had had delivered to Williamson containing a diamond engagement ring.

Williamson speaking to the press said: “We are soulmates and I can’t wait to be Mrs Salvador. Charlie already calls me his missus and I’m proud to be his.”

The couple had reportedly been in a relationship for four months before Bronson popped the question. Conjugal visits are not permitted in the UK and all intimacy and physical contact is strictly monitored and must be kept to an absolute minimum. Inmates are only allowed to hug visitors once briefly. Williamson however told the British press that she eats a banana in a suggestive manner during visits for Bronson.

Bronson was originally jailed in 1974 for armed robbery and sentenced to 7 years. However during his sentence Bronson was further convicted on crimes committed in jail ranging from breaches of prison rules and regulations (each can add several years on to a prisoner’s sentence) to assault, hostage taking and criminal damage.

Bronson who has undergone extensive therapy whilst behind bars has a significant fan base in the UK and overseas with many calling for his release referring to Bronson as a changed man as a result of his therapy.

In 1999 Bronson was sentenced to life behind bars after taking a prison art teacher hostage for two days.

Although the judge initially ordered that Bronson be reviewed for possible reintegration with society after four years under close supervision and close restrictions, Bronson has always been refused parole. Bronson famously spent significant periods of time in ‘the block’ the isolation unit of a prison, in particular the HMP Wakefield block known as the “Hannibal Cage”.