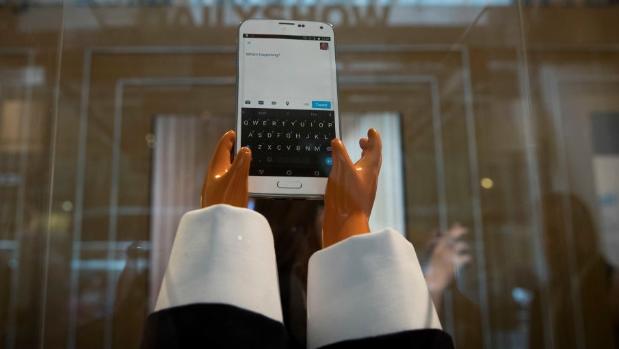 Donald Trump’s iPhone only has one app

President Donald Trump I sent famously anti tech despite his addiction to Twitter, but that doesn’t mean he surfs the internet.

Trump’s phone doesn’t even have a web browser on it.

Yet Trump does not have a web browser on his phone, and does not use a laptop, so he is dependent on aides like Stephen K. Bannon, his former chief strategist, to hand-deliver printouts of articles from conservative media outlets much to the dismay of environmental lobbyists.

Earlier this year, White House officials said that Trump had started using an iPhone, a change from his previous ancient Samsung Galaxy S3, yes Trump was using the 2012 $190 S3 in 2017 the year of the S8+ and Note 8.

But the presidential iPhone isn’t configured like most people’s phones. In fact, it only has one app on it: Twitter, according to Axios.

You may be wondering how you could configure your phone like Trump’s. You can’t delete the Safari web browser app like most apps, by holding down on it until it wiggles and clicking the “x” on its upper-left corner.

It turns out that it’s fairly straightforward to turn an iPhone into a limited device: You can add restrictions to your phone in Settings > General > Restrictions.

It will ask you to enter a passcode, because the intended use of the feature is for parents and IT managers.

After that, you can turn off the Safari, Camera, FaceTime apps, which will hide their icons and prevent them from launching. You can also turn off Siri, AirDrop, and CarPlay. After that, you can uninstall all other apps and you have a phone that only sends inflammatory tweets.

Trump’s iPhone could be configured remotely by a White House staffer through software called MDM.

Aside from Trump’s lack of familiarity with computers, the most likely reason for the restriction is security, the president’s phone is a target for hackers around the world, so it needs to be completely locked-down to make it harder to hack. It would also be more difficult for the President to inadvertently leak sensitive information over the web or fall for fake news hoaxes or phishing scams.

“This is a great phone, state of the art, but it doesn’t take pictures, you can’t text, the phone doesn’t work, and you can’t play your music on it,” President Barack Obama joked last year regarding the level to which presidential technology is limited.