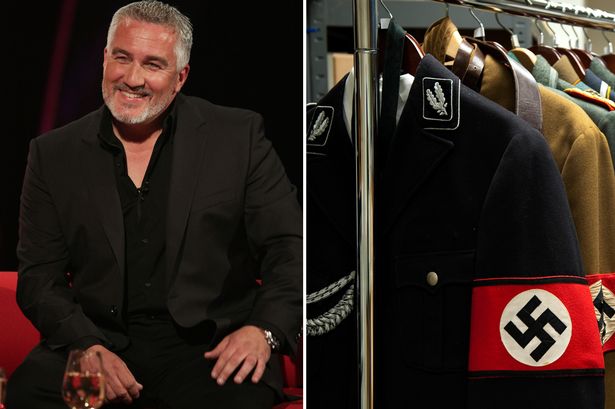 In the UK, Great British Bake Off is an incredibly popular family television show about a baking competition.

The show is enjoyed by families and people of all of all ages with the presenters enjoying a high level of national celebrity.

Yet the show’s star, Paul Hollywood has been made to apologise after being pictured wearing a Nazi uniform.

British press published pictures of the celebrity baker in a World War Two Nazi outfit, including a swastika armband and memorabilia.

The 51-year-old said the pictures were not recent and related to a New Year’s Eve party.

As a some what bizar defence the star said that he images related to a Nazi theamed fancy dress party.

Hollywood went on to say that the theame was meant in a comedic manner and was not in serious support of Nazis.

Europe and USA have seen a large Rosen in far right parties and violence in recent years with Nazi uniforms being outlawed in many EU nations.

In a statement he said: “I am absolutely devastated if this caused offence to anyone.”

Many fans have boycotted the show with social media statements stating that there is never an excuse to make light of the suffering and death of millions, especially from someone who calls themself a family role model.

One picture shows Hollywood smiling in a photo in a pub alongside a friend, who is also wearing a Nazi military uniform.

As well as the offensive black, white and red armband, Hollywood’s outfit included an Iron Cross medal and a badge featuring a Nazi eagle.

During an episode of the BBC show Who Do You Think You Are? in 2015, Hollywood learned about the experiences of his grandfather Norman Harman during World War 2, when he served as an anti-aircraft gunner.