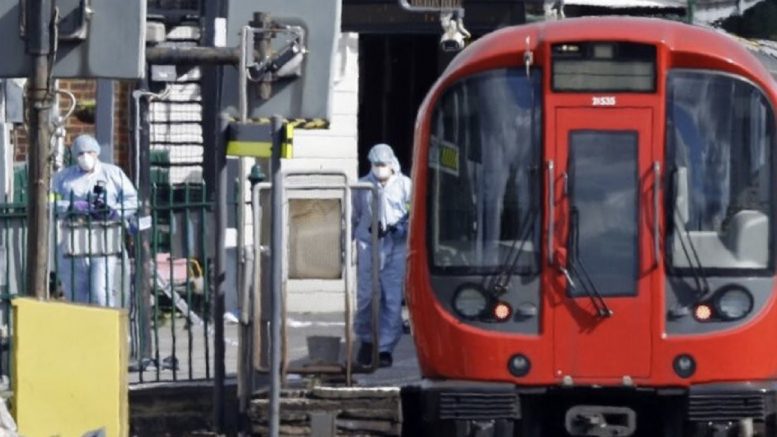 The blast, at Parsons Green station on an eastbound District Line train from Wimbledon, heading into the central business districts of London is being treated as terrorism, police said.

Theresa Maybhas confirmed a COBRA emergency response meeting Ian being held later today after US President Trump condemned the UK and blamed the UK government for a failure to act.

Trump alleged that the attackers (who have not been identified) and the plot were known of by the UK forces.

Theresa May, Prime Minister of the UK has denied that the plot was known of, highlighting that no suspects are currently identified or in custody. May went on to say it was a lucky escape as the bomb only partly detonated sparing potentially thousands of lives.

Twenty-two people are being treated in hospital, mostly for server to critical burn related injuries.

A manhunt for the person who placed the device is under way. The identity of the suspect is unknown with no leads yet discovered.

Rowley confirmed nobody had yet been arrested over the incident.

CCTV images show a white bucket on fire inside a supermarket bag, with wires trailing on to the train carriage floor.

The device had a timer meaning any suspect was long gone by the time the device exploded with precision timing as the tube pulled into a packed rush hour station containing thousands of people.

BBC security correspondent Frank Gardner said the incident could have been “far worse” as indications were that the bomb “may have partially failed”.

The result seems to have have been more of a fire bomb explosion causing serious burns rather than a full detonation which would likely have taken a shocking number of lives.

Intelligence services will be reviewing whether to raise the national terrorism level from severe – the second highest – to critical, the highest threat, which means an attack is expected imminently.

“At Parsons Green Tube station there was an explosion on a Tube train,” Rowley said.
“This was a detonation of an improvised explosive device. The scene currently remains cordoned off and the investigation continues. Londoners can expect to see an enhanced police presence, particularly across the transport system across the day.”

Rowley said anyone who took pictures or videos at the scene should upload them to ukpoliceimageappeal.co.uk.

This is the first Terror Attack in a long line of London Attacks in 2017 where the suspect was not physically present and the police have no leads or arrests.

Prime Minister Theresa May tweeted: “My thoughts are with those injured at Parsons Green and emergency services who are responding bravely to this terrorist incident.”

The government’s emergency committee, Cobra, is currently meeting, with further meetings expected throughout the day.

Mayor of London Sadiq Khan has appealed for calm, saying the city “will never be intimidated or defeated by terrorism”.

US President Donald Trump tweeted: “Another attack in London by a loser terrorist. These are sick and demented people who were in the sights of Scotland Yard. Must be proactive!”

Trump seeminly knowing the identities of suspects the UK is not aware of?

Witnesses have described seeing passengers with facial injuries, while others spoke of “panic” as alarmed passengers left the train at the station.

Passenger Peter Crowley said he was sitting in the carriage, travelling from Wimbledon, when the explosion happened.

He said his head was burned by a “really hot intense fireball above my head” and added: “There were people a lot worse than me.”

Passenger Chris Wildish told the press that he saw a bucket in a supermarket bag with “low-level flames coming out of it” by the door of the rear carriage after the explosion.

This is the fifth major London terror attack of 2017.

It’s the only one this year in which nobody has died, with those injured in a serious condition but expected to survive.

Police believe they have stopped six other significant London plots this year, all of which will soon be coming before the courts.

Put plainly, this is the most sustained period of terrorist activity in England since the IRA bombing campaign of the early 1970s.

What happens now? The Metropolitan Police’s Counter-Terrorism Command needs to get to the bottom of four key questions.

Two: Are there any more devices out there?

Three: Who else, if anyone, is involved?

Four: Motives, is the UK’s controversial foreign policy and military activity the motivation for this most recent attack?

Experts from the government’s secret explosives research laboratory will be looking at the evidence from the train and seeing whether it matches anything else they have seen before.

One witness, called Luke, told the media there was “a loud explosion”.

“It happened just as we were pulling up to the Tube station so everyone just sort of piled out of the Tube and there was a distinct smell of burning” he said.

Emma Stevie, 27, who was on the tube when the explosion happened, and said she was caught in a “human stampede” and crush on the station steps as people rushed away from the train.

“I wedged myself in next to a railing, I put myself in the foetal position” she said.

“There was a pregnant woman underneath me, and I was trying really hard not to crush her. I saw a poor little boy with a smashed-in head and other injuries. It was horrible. The injuries from the stampede seemed the worst. I’m outside now, there are women crying and people sitting on the floor.”

Eyewitnesses said that emergency services did little to contain the stampede loosing total control after the explosion with 22 injured from the blast yet many more from the stampede. 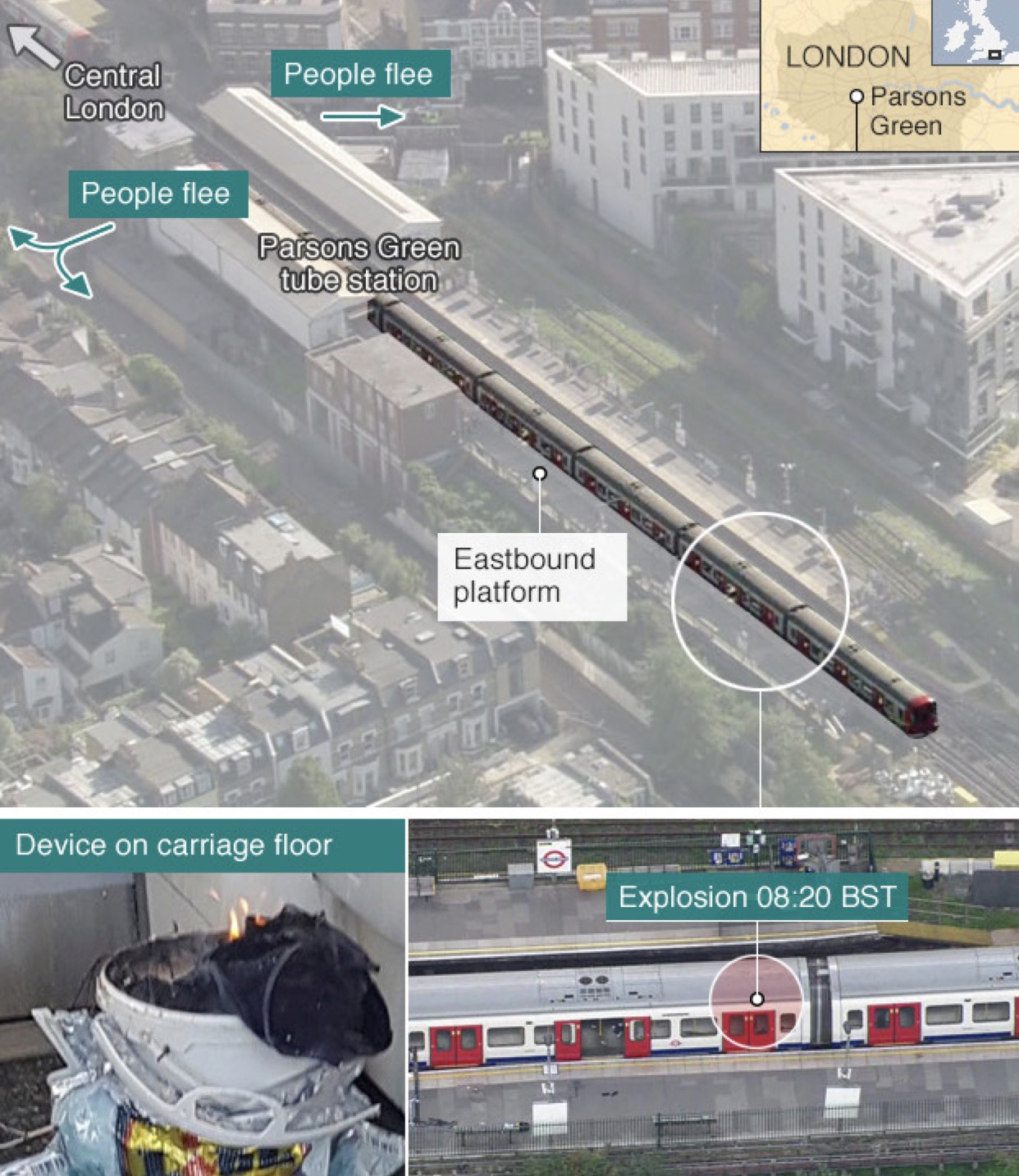 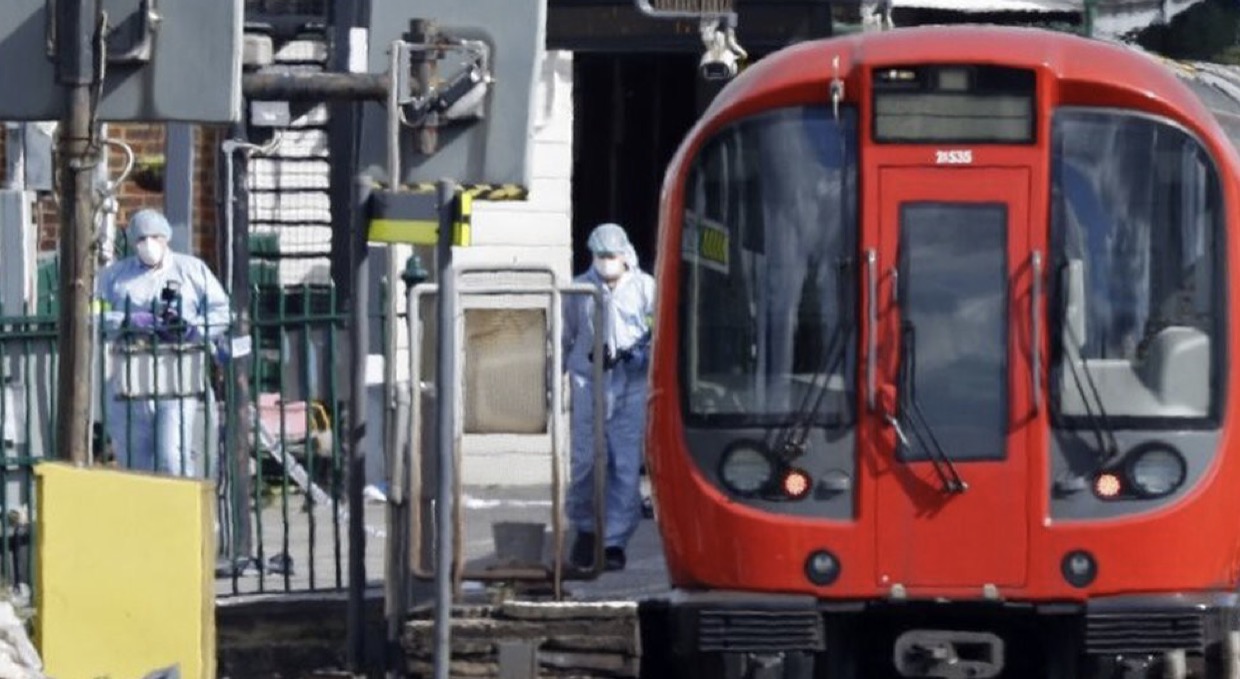 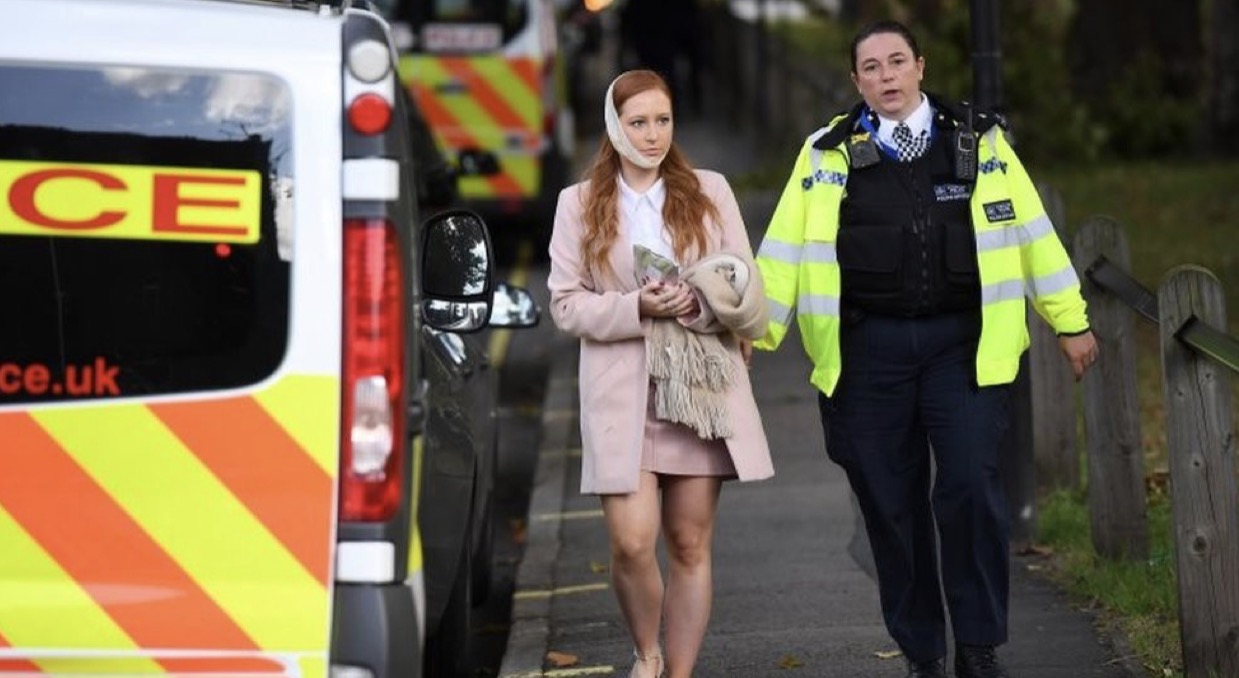