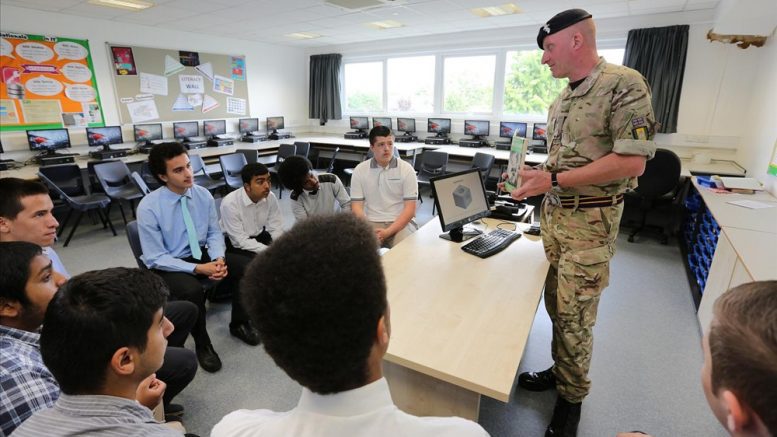 Police in London are launching a new public awareness campaign urging people not to take photos and videos of terror attacks, even though the police frequently rely on this source of intelligence.

The new advide is quite simple:
Run. Hide. Tell.

Police chiefs have warned eyewitnesses to flee the scene of a terrorist attack rather than stopping to take photos or record video.

Authorities highlighted the recent episode at Parsons Green, where images of a partially-exploded bomb on a Tube train were posted online within minutes.

The warning forms part of a new campaign aimed at ensuring children and teenagers know the key safety steps to follow if they are caught up in a terror incident.

In the first initiative of its kind, the UK’s counter-terrorism police network is also calling for the “run, hide, tell” message to be taught in schools. They have also made suggestions to the Department of Education for terror drills to be carried out in inner-city London schools in a similar manner to current fire drills.

Britain is facing an unprecedented threat after a wave of attacks in 2017, including the Manchester bombing, in which a pop concert packed with young fans was targeted, it was the only attack to occur outside of the capital, London, one of the word’s most densely populated cities.

Met Police Deputy Assistant Commissioner Lucy D’Orsi, the national policing lead for protective security, said: “We appreciate that talking to young people about terrorism can be scary, for parents and children alike. But the atrocities in London have sadly resulted in some of the youngest victims of terror this country has ever seen, and if we are able to teach children to act in a way which could potentially save their lives then it is our responsibility to do so. We are particularly concerned when we see people, young and old, using their mobiles to film scenes when they should be moving away from the danger. The recent incident in Parsons Green is a good example of this.
Our research showed that many young people think filming would be a good thing to provide evidence for police. We must get them to understand that the priority must be their safety.”

D’Orsi added: “If there is footage out there it is something that we would look to recover but we don’t need that in the first instance, we need people to keep themselves safe. Run away from danger.”

Police have run a number of public information campaigns highlighting the main advice to follow if an attack happens.

It states that people should run if they can, or if not hide, and then alert authorities only when it is safe to do so.

Security experts have drawn up a version for children and teenagers, including the instruction not to stop and use their phones until they are safely away from the threat.

Police want to see the message taught in schools and colleges to 11 to 16-year-olds as part of the citizenship strand of the national curriculum.

2017 has been the most active and sustained period of terror attacks since the 1970s war with Northern Ireland.

In the 1970s the IRA carried out a decade long series of mass bombings across the UK claiming lives on a scale never seen since.

Then much as now, it was British foreign policy and military involvement that was claimed as the motivation for the attacks.