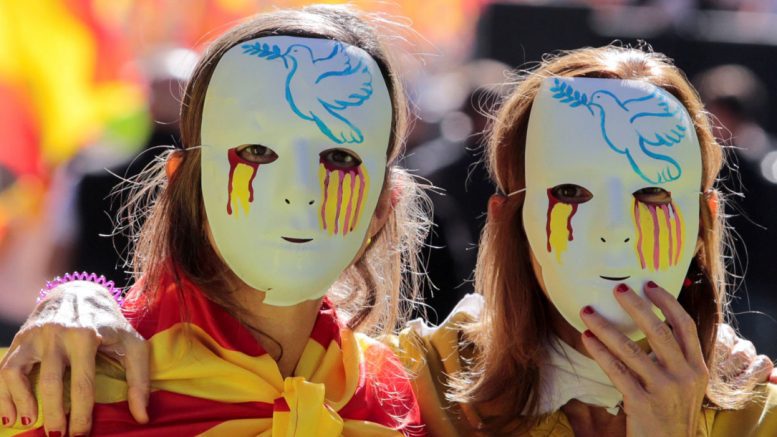 Spain as a whole: necessary travel only. Risk level 3

Spain ‘will act’ if Catalan independence is declared in a few hours time as planned Madrid has warned.

The EU warned that Spain is heading towards civil war and that EU law means the EU can not intervine unless Madrid requests them to do so.

Under EU law Catalan independence is illegal as was the referendum both under Spanish and International Laws also.

The Spanish government reiterated that it will act if Catalan separatist leaders declare independence on Tuesday, the deputy prime minister has said.

Soraya Saenz de Santamaria told COPE radio that “if they declare independence, there will be decisions to restore the law and democracy”.

Catalan regional president Carles Puigdemont will address the Catalan parliament on Tuesday evening following the disputed referendum won by the “Yes” side.

The vote had been declared illegal in Madrid and Brussels before it even took place, and violent clashes erupted with police at polling stations, leaving over 1’000 injured.

Initially it was thought separatist leaders could move to declare independence as early as Monday night, but the address has been pushed back a day.

If declares it is feared it would trigger EU wide declarations of independence for separatists in Germany, France, Italy, UK and elsewhere.

Basque Region which straddles Northern Spain and France and Al-Andaluz the Islamic and large southern region of Spain would be expected to separate also.

Catalonia’s High Court has asked the national police and special forces to provide extra security at the court building in case the declaration is made.

In a statement, it said the decision was made to increase the security of the building and to “guarantee its full and normal operation”.

Separatist politicians have said the declaration of independence will take place on Tuesday, although some say the move will be “symbolic”.

Ms Saenz de Santamaria called for members of the Catalan government “who still respect democracy and freedom to refrain from jumping into the void”.

On Sunday, hundreds of thousands of pro-unionists protested in Barcelona against the referendum.

Both sides have shown no sign of entering into talks in what is the largest political crisis in Spain since it became a democracy four decades ago when Cataluña was granted some level of autonomy following the reign of dictator Franco.

France, which borders the Catalan region said on Monday it would not recognise a unilateral declaration of independence.

All EU states have said they will not recognise any independence declarations.

Scotland has seen this and an opportunity to try and reignite their own separatist movement to break from the UK again.

Meanwhile separatism has stirred in both the Basque region of France and Spain and in Al-Andaluz which was the last part of Spain to unify following the collapse of the Islamic Empire which ruled Spain for 700 years before evolving into the Ottoman Empire, only truly collapsing in 1927.

Spain Prime Minister Mariano Rajoy has not ruled out removing the Catalan government and calling fresh regional elections. Nor removing Catalan autonomy entirely, bringing Barcelona under total control of Madrid and banning the use of Catalan language in public office as was the case pre Second World War. 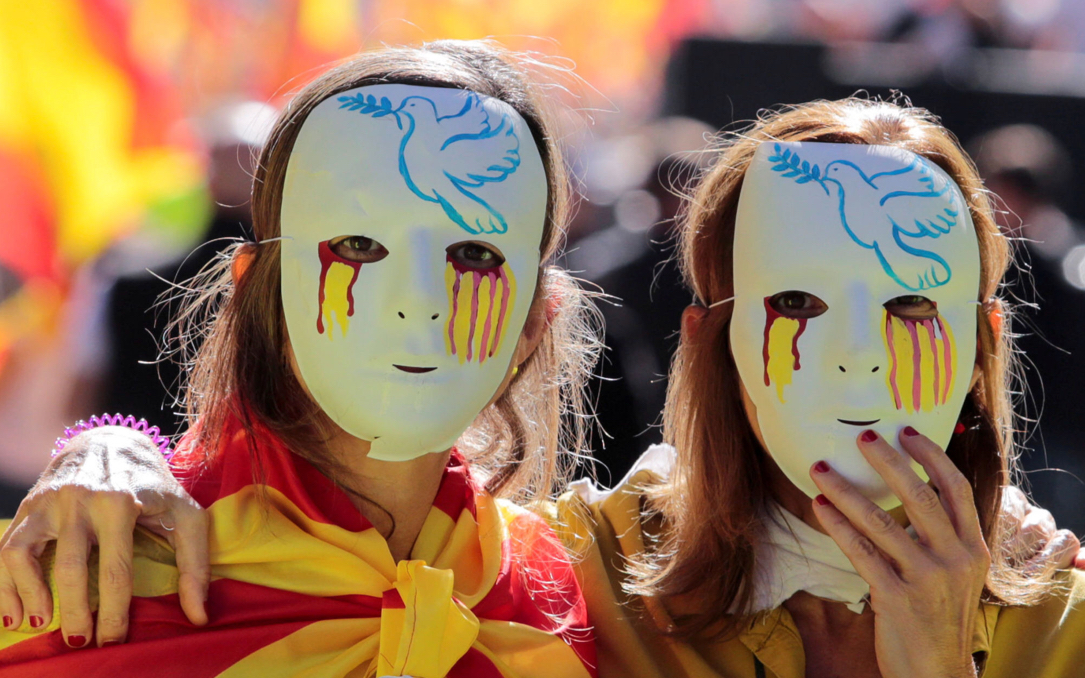