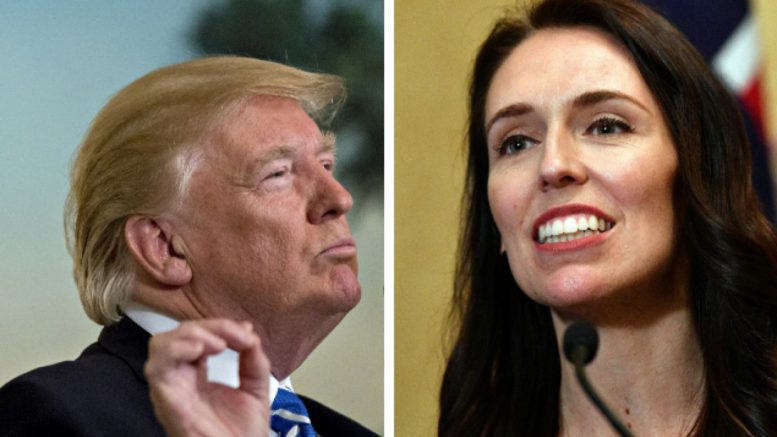 “No one marched when I was elected” New Zealand Prime Minister’s biting response to Donald Trump.

The new Prime Minister of New Zealand stood up for herself after Donald Trump made repeated jibes about her election win.

Jacinda Ardern told Newsroom about her first in-person encounter with the President.

The two had previously spoken on the phone, just after she was elected in a shocking victory.

Ardern said she met Donald Trump at the East Asia Summit gala dinner, when Donald Trump patted the person next to him on the shoulder and said “This lady caused a lot of upset in her country.”
She told the website that she smiled and replied “Well, you know, only maybe 40 per cent!”
Then, the President repeated his comment.
In return, she shot back: “You know, no one marched when I was elected.”

This appeared to refer to the fact many took to the streets to protest after Donald Trump’s unexpected election win resulting in days of rioting and anti government protests.

The two spoke for around five minutes, and she said he had “genuinely been interested” in the election, as it had been extensively covered in US media.

The Prime Minister said: “He is the same person that you see behind the scenes as he is in the public or through the media.” Something that will disturb most people to know.