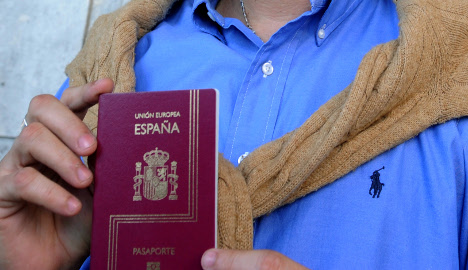 Both British citizens abroad and EU citizens could be stripped of their voting rights in May’s local elections if Brexit continues.

Four million people could be stripped of the right to vote in local elections if Britain crashes out of the EU.

The Government has confirmed that both British people living in the EU and EU citizens living in the UK would be blocked from casting their vote. Number conservatively placed at, at least, 4 million.

Liberal Democrat Brexit spokesman Tom Brake revealed the information through a parliamentary question on reciprocal voting rights, which have only been secured with Spain, leaving millions more potentially unable to vote next month. Spain has the largest number of British immigrants in the world with around a million British citizens currently permanently living in Spain. (Making Brits one of the highest MIGRANT minorities in the EU, ironic for a nation so concerned with stopping immigration).

If Spain had not stuck a deal with the UK then the number of people facing a loss of voting rights would stand at around 5.1 million.

In a written response, Brexit minister Robin Walker said: “The UK pushed for reciprocal rights to stand and vote in local elections in negotiations on citizens’ rights but they will not form part of the Withdrawal Agreement.

“Instead we are pursuing bilateral agreements with individual Member States where possible, to apply in a deal or no deal scenario.

“We are pleased to have secured the first such bilateral agreement on local voting rights with Spain in January and we are continuing our discussions with other Member States.”

So far 26 of the 27* EU nations have not agreed to issue reciprocal voting rights.  (*27 nations excluding the UK)

Only last week US President Donald Trump called Brexit the “death of democracy in the UK”.

He said: “Far from illusions that Brexit would renew our democracy, it is instead tearing it apart and stripping people of their rights all because of Tory incompetence.”

NGOs have expressed concern that Brexit will also withdraw the UK from the international convention on Human Rights, something the government has no plans to replace. With an already poor Human Rights record this is perhaps the biggest concern to fly under the public radar of Brexit issues.

“Many EU citizens fill vital roles in the health service, our schools and across Parliament. They deserve better, and the Liberal Democrats demand better.  The upcoming local elections are therefore an opportunity to send a clear message to Theresa May and Jeremy Corbyn’s failed leaderships by voting for the Liberal Democrats.  Every Liberal Democrat elected in May is another voice fighting for a People’s Vote, with the option to stay in the EU.”

A new political party called ChangeUK formed of Labour and Tory defectors has announced it will run for election should a general election be formed. ChangeUK, DUP, SNP and Lib Dems are all promising some level of U-turn on Brexit to one extent or another.

Campaigners for EU citizens in the UK, the 3million (total number of EU immigrants living in the UK), said the potential loss of rights in May came on top of EU citizens being left without a vote in the 2016 referendum.

It is worth noting that 3 million people from 27 EU countries reside in the UK, yet 1 million Brits live in Spain alone.. just one of the 27 EU countries that are inundated with British migrants.

Ilse Mogensen, public affairs and campaigns officer for the 3 million, said: “EU citizens living in the UK were denied a vote on our own future in the 2016 referendum.

“To add insult to injury, we now face the loss of our right to vote and stand as candidates in local elections.

“The Welsh and Scottish governments have confirmed that EU citizens will keep the right to vote – the UK Government should do the same, instead of leaving the democratic rights of millions of people in limbo.”

The differences in stance between Scottish, Welsh and English governments means that Brexit risks tearing the UK apart at the seams. Even if the UK managed to survive there is a real risk that the constituent nations could have significantly different laws, customs checks and Human Rights.