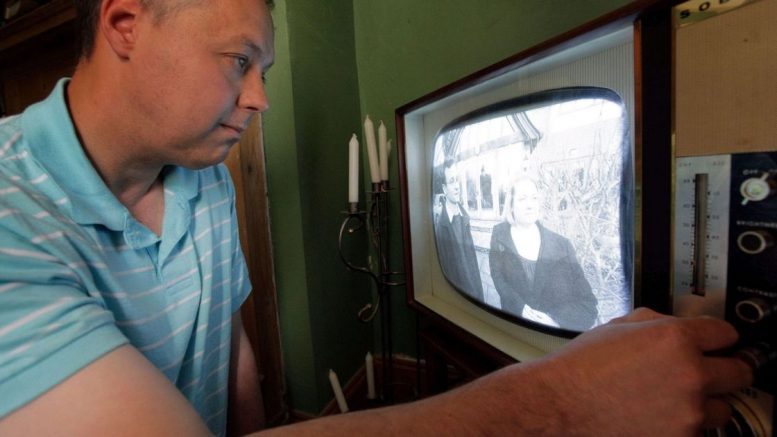 Brits are falling out of love with UK state media, but why do 6,586 homes in the UK still not have access to coloured TV?

Television is a strange phenomena in the UK. You are legally required to have a license to watch or record TV or own any device which is capable of doing so, even if you do not use it for that purpose.

You are required to pay an annual tax for the license and authorities enforce the license heavily with home inspections, fines and even imprisonment.

It is a totalitarian quirk that baffles the rest of the world.

But what’s equally baffling is that in the supposedly wealthy western nation of the UK, poverty levels are some of the highest in the western world. The rich-poor divide greater than it has ever been.

Many families do not have homes and many of those that do simply do not own televisions or any device capable of receiving radio or television broadcasts. To prove this home inspections and paperwork are required every 12 weeks in London and every year in rural parts of the nation.

However in 2019, the government figures on TV licensing showed that 6,586 homes that do pay for a TV license do not have any access to coloured TV and only have access to black and white sets.

Coloured Television, a technology which has been around since 1928, first aired in the UK exactly 50 years ago in 1969 for BB1, BB2 and ITV as a regular broadcast. With the first test broadcasts in 1967. This in itself was remarkably late considering that the USA has had coloured TV since 1946 with nationwide cross channel coloured broadcasts available from 1953.

So why is the UK decades behind the rest of the world and why do they have to have a licence?

The main terrestrial channels are produced by the BBC which is the UK’s state run media. Until recent years UK televisions only came with 3, 4 or 5 channels, three of which were state media (BBC1, BBC2 and Channel 4).

State media in the UK is funded by taxpayers who must pay for and hold a valid TV license.

Those who are blind if they live alone may obtain a discounted rate, but still require a licence.

Many Brits simply do not own a television or hold on to archaic black and white sets from the middle or early of last century in order to save money. Old black and white sets receive a discounted rate, and only the basic state run channels. They are no exempt for the license or its tax fees however.

Those under 35 are lest likely to own a television in the UK opting instead to pay for Netflix which is, even in a multi screen HD subscription, cheaper than a TV license.

With dwindling numbers of Brits watching TV, the UK state media is loosing influence and becoming irrelevant with the under 35s. Made clear by the BBC Radio 4 where the average age of the audience is 56 years old.

The BBC1 and BBC Radio 1 are the youngest demographic audiences (excluding online only BBC 3) but at 90% White and 58.8% over the age of 30 is still not exactly connecting with the young multicultural British population.

For comparison London is 59% white and has an average age of 36.

Al-Sahawat Times surveyed 500 Londoners. (All percentages rounded to nearest whole figure) Who were 45% white and had an average age of 32. The survey found that 63% owned a television and paid for a licence. 100% owned a Netflix subscription and 60% owned an Amazon Prime subscription.

However when asked about viewing and listening habits, only 20% regularly viewed or listened to a BBC or Channel 4 broadcast and 87% said they felt either: somewhat distrusting, little faith or total disbelief in the content of their broadcasts (the other options were: somewhat trusting, a lot of faith or total believe).*

The UK is currently spending millions on social media campaigns for the upcoming election which have been highlighted for the use of bots, fake news, edited videos and photos and false claims, false accusations and personal sabotage of opponents.

The under 35s in the UK are turning their backs to state run media on a previously unseen scale and that includes state sponsored social media.

When viewing or listening to a BBC or Channel 4 broadcast, with regard to credibility and accuracy of content, my feelings are best described as: