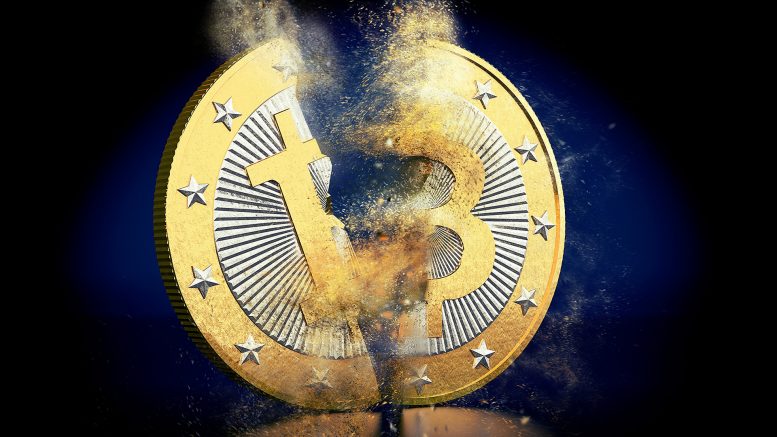 Yesterday, it was reported that trader sentiment suggested that the Bitcoin slump could continue. Now, Bitcoin has just dipped below 10k for the first time since prior to it’s boom days.

2018 has already been a rough year so far for crypto currencies as increased regulatory pressures, large hacks and cyber thefts have put the volatile asset class under greater scrutiny triggering a mass global crash.

Last year, Bitcoin hit an all-time high just shy of $20’000 USD. But with rumours surfacing that South Korea and China will propose a total ban on exchanges as New York City already has done, Bitcoin has fallen precipitously. This morning, Bitcoin dipped to just above $9’000 USD marking a 60% loss from its peak. Regulatory oversight is seen has a major issue in the crypto world considering anonymity is one of the main allures to the digital currency market.

As this article is written all crypto currencies continue to crash hard, with 25% day losses across the board. Ethereum, the second largest crypto currency behind Bitcoin, fell from over $14’500 USD marching bullish towards $1’500 USD to just over $700 USD early today.

There have been wide spread reports of corporations and individuals facing total bankruptcy following the crash which many see as in the favour of governments such as the US.

The shock wave has rippled through into other markets, although they have stood up against the crash substantially more resiliently. As investors and companies become bankrupt and there is a mass sell off the shift in wealth and assets can can destabilise global economics.