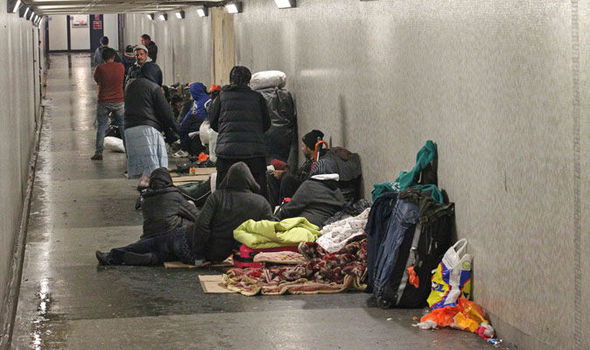 For a European nation to expect males to die at the age of 47 in some parts of England and Wales, according to the latest figures from the Office for National Statistics is quite shocking.

Brexit has been blamed for the fact that males born in parts of England had a healthy life expectancy of only 47.1 years, five months shorter than females born in the north of the country.

People are expected to live healthily for three decades more in other areas.

However, the average gap between life experiency in wealthy compared to poorer areas was around 13 years, with the largest disparities in London at a shocking 51 years difference between rich and poor.

The longest overall life expectancy for people born in the period of the study was for females born in Great Corby and Geltsdale in Carlisle, who could look forward to 97.2 years of life, more than double that of males born in poor parts of the country.

“In some areas of the country more than half of children are now estimated to live below the international poverty line, and we know that the negative health effects of being poor as a child persist long into adulthood.”

Prof John Newton, director of health improvement at Public Health England, said: “It is clearly wrong that life expectancy and healthy life expectancy are so different across communities. This variation needs action from different agencies to change the current pattern of early mortality, build healthier communities and support the people who need most help.”

The figures came from data in the National Census and details of factors like numbers of people on incapacity benefit, high unemployment rates and economic inactivity in the working age population in certain areas.

That report said that people in deprived Hull were nearly three times more likely to smoke than those in affluent areas, and had 15 years shorter healthy life expectancy than surrounds towns and cities.

It added that where people lived played a part in these predictions but was often out of their control.

The UK has the world’s largest poverty gap and one of the lowest life expectancies in the world in some regions.

As an average of both rich and poor the U.K.’s male female combined average 74 is still abover the global average of 67 years, however it is the 47 years in poverty stricken regions of the U.K. only matched by war torn nations that hasn’t attracted criticism from the UN, WHO and even a special study by the CIA.