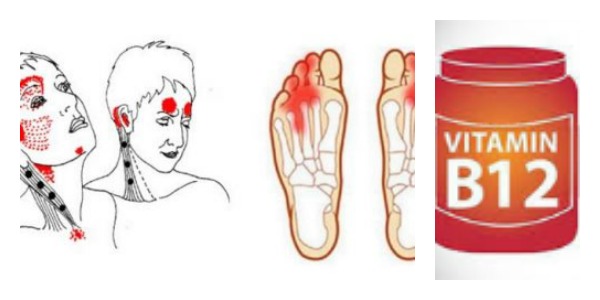 Am I vitamin B12 deficient?

Our bodies are remarkably adept at absorbing, storing and using vitamins and minerals. But sometimes our diet, genetics and lifestyle can make it more difficult to get enough of certain nutrients,  which is where deficiency comes in.

Lack of sunlight can lead to a deficiency in vitamin D, for example, which we need to build strong bones. Those of Mediterranean, Balkan, African, Middle Eastern and South Asian decent are more prone to vitamin D deficiencies.

As you probably already know, low levels of fresh fruit and vegetables in our daily diet can cause a shortage of vitamin C, which is crucial in keeping our immune systems healthy. Those from the far northern countries, such as Northern Europe and North America are more likely to suffer issues with vitamin C.

Those from North African, Balkan, Middle Eastern and South Asian decent are more likely to suffer from Iron deficiencies, which inhibits the absorption of oxygen into the blood.

One of the vitamins which is most commonly associated with deficiencies globally is Vitamin B12, which is needed to maintain healthy blood and a healthy nervous system. It is estimated by the NHS UK that vitamin B12 deficiency affects around 1 in 10 people aged 75 or over, and 1 in 20 people aged 65 to 74.

Vitamin B12 is only found in animal products so vegetarians and vegans can find it difficult to source. To counter this, some foods are fortified with Vitamin B and it is possible to take a daily supplement, but certain medication such as Metformin (taken for diabetes) can also interfere with its absorption. Cultural, religious and lifestyle dietary styles mean that the world sees pockets of intense B12 deficiencies. Although one of the most common deficiencies vitamin B12 is also one of the most deadly.

Here’s everything you need to know about vitamin B12…

What is vitamin B12?

Vitamin B12, sometimes called cobalamin, is one of eight B vitamins that have a vital role in keeping our bodies happy. B12 is water-soluble, meaning it cannot be stored in the fat cells in the body; any not used at once is flushed through the body. This protects our bodies from overdose. However it also means that unless suffering from a very serious deficiency, that very high doses of B12 supplements are of no additional benefit.

What are the benefits of vitamin B12?

B12 has an important role in the normal functioning of the brain and central nervous system as it helps with the formation of myelin, a fatty white substance crucial to the health of nerve cells, including neurotransmitters, the brain cells responsible for sending messages around the body. This means it is particularly essential during pregnancy to support the growth of the developing foetus.

It also helps with digestion and heart health, so a deficiency can lead to both digestive disorders and an increased risk for heart disease. We need it to create healthy red blood cells too.

A B12 deficiency has been linked to depression and poor mental health.

In essence B12 is required to keep us alive. It is needed to produce blood, send signals to and from the brain and heart and is needed for our nervous system and digestive system.

The short answer is yes. A vitamin B12 deficiency if extreme can be life threatening.

Symptoms include extreme tiredness, a lack of energy, pins and needles (paraesthesia), a sore and red tongue, mouth ulcers, muscle weakness, disturbed vision, psychological problems, which may include depression, confusion, disorientation, psychosis (hallucinations) and problems with memory, understanding and judgement, and even brain damage. The heart may also be affected causing palpitations, shortness of breath and heart pains. Other symptoms may include migraines, drained skin tone, agitated and depressive mood coupled with fatigue, aches and pains and memory loss.

As ever with medical matters, if you are worried you could be suffering from one or more of these symptoms, you are very strongly advised to make an appointment with your local GP.

What are the causes of vitamin B12 deficiency?

“There are a number of potential causes of vitamin B12 deficiency,” says Wai Ling Lo, Senior Clinical Pharmacist at The Princess Grace Hospital, part of HCA UK. “This reflects its relatively complex absorption process and the numerous potential sources of interference with this process.”

The most common cause is autoimmune disease pernicious anaemia, Lo explains, where the immune system attacks healthy cells in the stomach, preventing vitamin B12 along with other nutrients and vitamins being absorbed from food. “Non-immune disorders of the stomach or small intestine such as bariatric surgery, Crohn’s disease or coeliac disease can also interfere with vitamin B12 absorption,” she adds.

Those with wide ranging deficiencies across a range of vitamins and minerals where the deficiencies are severe, should consult their GP as there may be an underlying cause such as autoimmune disease.

Lo points out that there are other risk factors for deficiency, including a decreased intake (due to reduced intake of animal products, a strict vegan diet or breastfeeding by a vitamin B12-deficient mother). Other autoimmune conditions such as thyroid disease or vitiligo may affect B12 levels, as can some rare genetic disorders.

She says: “Medications and drugs that interfere with absorption or stability such as metformin, histamine receptor antagonists, proton pump inhibitors and nitrous oxide can all have an impact.”

How is age a factor?

Older individuals, says Ms Lo, may have a combination of conditions that interfere with absorption of vitamin B12 from food, including inflammation of the stomach, reduced or halted production of stomach acid due to antacid use, intestinal bacterial overgrowth due to antibiotics, and/or excess alcohol.

“These individuals can adequately absorb crystalline vitamin B12 from supplements; thus, this condition is referred to as food cobalamin malabsorption. A similar phenomenon was reported in individuals infected with human immunodeficiency virus (HIV).”

Those over the age of 60 are much more likely to be vitamin B12 deficient. Although it is not limited to any age group. B12 deficiencies can often be miss diagnosed if caught in a very late stage and in seriously low levels. The damage to the brain and digestive system can cause secondary problems such as inhibiting the production of serotonin.

It is not uncommon for very extreme and advanced B12 deficiencies to be miss diagnosed as a mental illness, heart disease or neurological disorder.  These can often either share symptoms or be secondary causes of the underlying deficiency.

How is vitamin B12 treated?

If you are concerned about a deficiency, your GP can check your vitamin levels with a simple blood test.

Treatment usually begins with a course of injections, one given every other day for two weeks or until symptoms improve.

If deficiency is diet related, then you may be prescribed vitamin B12 tablets to take between meals or offered an additional injection every six months.

In some cases high dose rapid absorption tablets can be prescribed to be taken multiple times per day over a lengthy period of time, this is usually the case when injections every other day would be insufficient due to very poor absorption and retention rates.

Improving or changing your diet can prevent it recurring. Vitamin B12 is found in meat, fish, eggs, dairy products, yeast extract (such as Marmite) and specially fortified foods.
But if the deficiency is not related to your diet, injections will be needed every three months for life or in very serious cases tablets multiple times per day for life.

It is not permissible for one to fast during the holy month of Ramadhan if fasting would endanger your life, the life of those around you or cause long term medical complications. This means that if you are suffering a serious deficiency in B12 to the point where fasting would cause mental health problems endangering yourself or others you should not fast. Likewise if fasting means your B12 deficiency makes you too ill to work and provide for or feed your family you should not fast. It may be that you can take medicine before Fjr and after Iftar, you should consult with your doctor to see if this is possible, if so, you may be able to fast. ALWAYS CONSULT A DOCTOR BEFORE FASTING IF YOU SUFFER ANY MEDICAL COMPLICATIONS OR TAKE REGULAR MEDICATION.

IF YOU ARE CONCERNED WITH ANY MEDICAL CONDITION PLEASE DO NOT SELF DIAGNOSE OR MEDICATE. YOU SHOULD SEE A QUALIFIED AND LICENSED DOCTOR AS SOON AS POSSIBLE.

The Highest Human Capital countries in the world