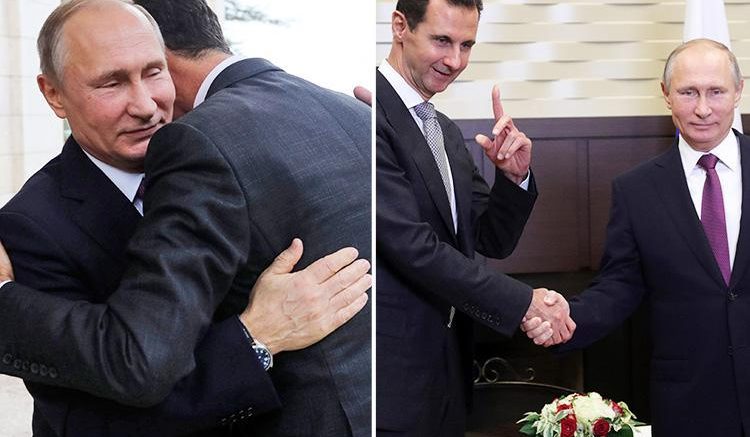 “Are we the good guys?” fallout from the bombing of Syria

USA, France and Britain have launched more than 100 missiles at the Syrian government without either domestic parliamentary support nor UN Security Council permission or even a UNSC meeting. So was this legal? and how has the world reacted?

Legally, under the UNSC’s mandate – the UN Charter, international law that pretty much all nations and territories are signed up to, military force can only be used in specific circumstances. Force must always be proportionate and can only be used without UNSC approval if: the force is to protect the lives of the nation’s citizens in their own country from immediate and direct lethal attack.

There is another justification under international law however (assuming you have not been directly invited by the nation’s government to assist in enforcing the above mentioned use of force).

To enforce international law (i.e, to enforce the UN Charter itself). This can only be done with approval of all members of the UNSC and providing that there is indisputable evidence that international law has been broken and that by breaking said laws, the general civilian population’s lives are at risk and that any intervening force would not put civilian lives at risk.

The above laws were signed by the vast majority of the world’s nations and territories including the UK, USA and France. The laws were set in place to stop military force becoming the go to norm and first point of call in international politics.

The bombing of Syria, caused civilian casualties, was not put before the UNSC, was not invited by the Syrian government and was not to protect civilian lives in France, USA and the UK from immediate attack. Thus according to the UN Charter on International Laws, the bombing of Syria was not only illegal, but potentially a war crime.

North Korean, which has been engaging in very promising peace talks with South Korean this year even attending the Winter Olympics with a joint “United Korea” team has called the bombing of Syria in conjunction to the navel blockade of Korea by the British Navy in an apparent attempt to halt peace talks, “a clear breach of international laws and war crimes”.

Iran has also called the bombing of Syria a war crime after a photoshopped picture of Tehran being bombed by the Israeli military was posted on Twitter today by a member of the UK Parliament (Diane Abbott). Diane Abbott made reference to possible future bombing attacks on Iran with the aid of Israel, France and USA.

Turkey spoke out to condemn the bombings as “a clear provocation to the regional powers of Russia, Iran and Turkey” which have replaced the UK, France and USA as regional negotiators in recent years.

Russia stated that any casualties of Russian troops in Syria would be met with equal and proportionate attacks on western ships and planes in the region.

Bosnia’s leaders called the bombing of Syria a repeat of the bombing of Yugoslavia by NATO in the 1990s, labelling the recent attacks on Syria as war crimes and Ethnic Cleansing.

Serbia also called the bombing illegal reminding the press that Russia was invited into Syria by the elected gov ernment to combat Daesh and Kurdish terror groups.

Why are US, UK & France on opposing sides to Syria, Russia and Turkey?

USA, UK and France support the Kurds, who want to remove the Syrian government and set up their own nation taking land from Syria, Turkey, Iraq and Iran.

Although not directly affected any break up of the Middle East in a Balkan-style “invade, corrupt and destroy” campaign is likely to see large chunks of neighbouring nations fall apart also.  Russia has several separatist regions in the region including Chechnya and Dagestan.

Although such separatist movements are already backfiring through the west most notably in Scotland and Cataluna, they lack the military support the west is providing to the movements in the Balkans and Middle East.

To be clear, no country acts without their own agenda or priority. The public, press or even members of parliament (as reiterated by Diane Abbott) do not and will never know the full details of such operations or reasoning.

We all want to think our nation is the good guy and we all want to believe that any military action is for the greater good.

The truth is we will never know for sure. All we can do is hope that those with the weaponry decide to opt for peace instead one day, as regardless of politics,  can you ever truly justify such mass loss of life?

UK Parliament Summons Theresa May to be questioned over illegal warfare

Theresa May is to face MPs’ questions about her decision to authorise air strikes against the Syrian government in what is being described as “legally questionable” military actions.

Opposition parties say MPs should have been consulted before the UK joined the US and France in bombing multiple Syrian sites, in response to a suspected chemical attack on the town of Douma. It is worth noting that no international court case was held and no evidence of any accusations against the Syrian government presented to the UNSC. This does not mean that the Syrian government is not responsible, but it does mean that the bombing took place without any proof of guilt.

Labour has called for the law to be changed for any future interventions.

Foreign Secretary Boris Johnson promised MPs would have “abundant time” to have their say. The UK Foreign Secretary also told the UK to prepare for possible retaliations from Russia and Iran stating that GCHQ (the UK’s cyber warfare department) is primed and ready to strike if required.

Sites near Damascus and Homs were hit with over 100 missiles on Saturday in response to the alleged chemical attack on Douma on 7 April.

Both Syria, which denies any chemical use, and Russia, which provides military support to the Syrian government, have reacted angrily to the action.

Donald Trump stated he is “locked and loaded” to take on Russia head to head in Syria, a statement the US Military were quick to backtrack from using the US-Russia emergency military phone line to take back the President’s threats stating that they “did not represent the views or plan of action of the US Military.”

Under domestic laws the UK prime minister does not legally need to consult Parliament before launching military action, although they have done so since the 2003 invasion of Iraq, which was found not only to be illegal but to have created a catalogue of war crimes.

Under international law however, Theresa May DID NEED the permission of the UNSC to launch the attacks, something she did not seek and would not have obtained.

May is due to give a Commons statement today before facing questioning over the potentially illegal invasion of Syria.

She is also expected to ask the Speaker for permission to hold an emergency debate in Parliament on the issue of Syria.

The world has reacted tensely to the bombings trying to gauge whether or not this is the start of wider military action from the west or indeed a one off intervention. Theresa May has now become the second UK PM to be accused of illegal warfare since the 2003 invasion of Iraq by Tony Blair, which saw more than 1 million civilians killed in what has widely been called a genocide.

As tensions calm down the risk warning is expected to quickly drop across many of those nations, especially those with strong tourism industries.

Russia, Syria, Iraq, Iran, North Korea and Turkey have been given a risk level 4 (of 5) ORANGE

Lebanon, Palestine, Bosnia, Serbia, South Korea have been given a risk level 3 (of 5) AMBER