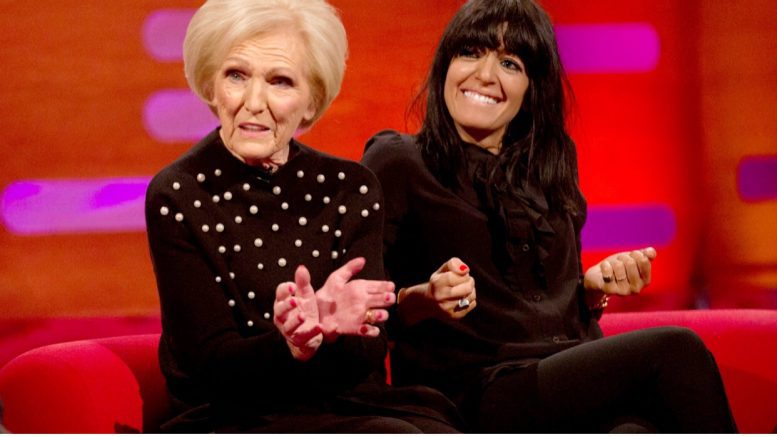 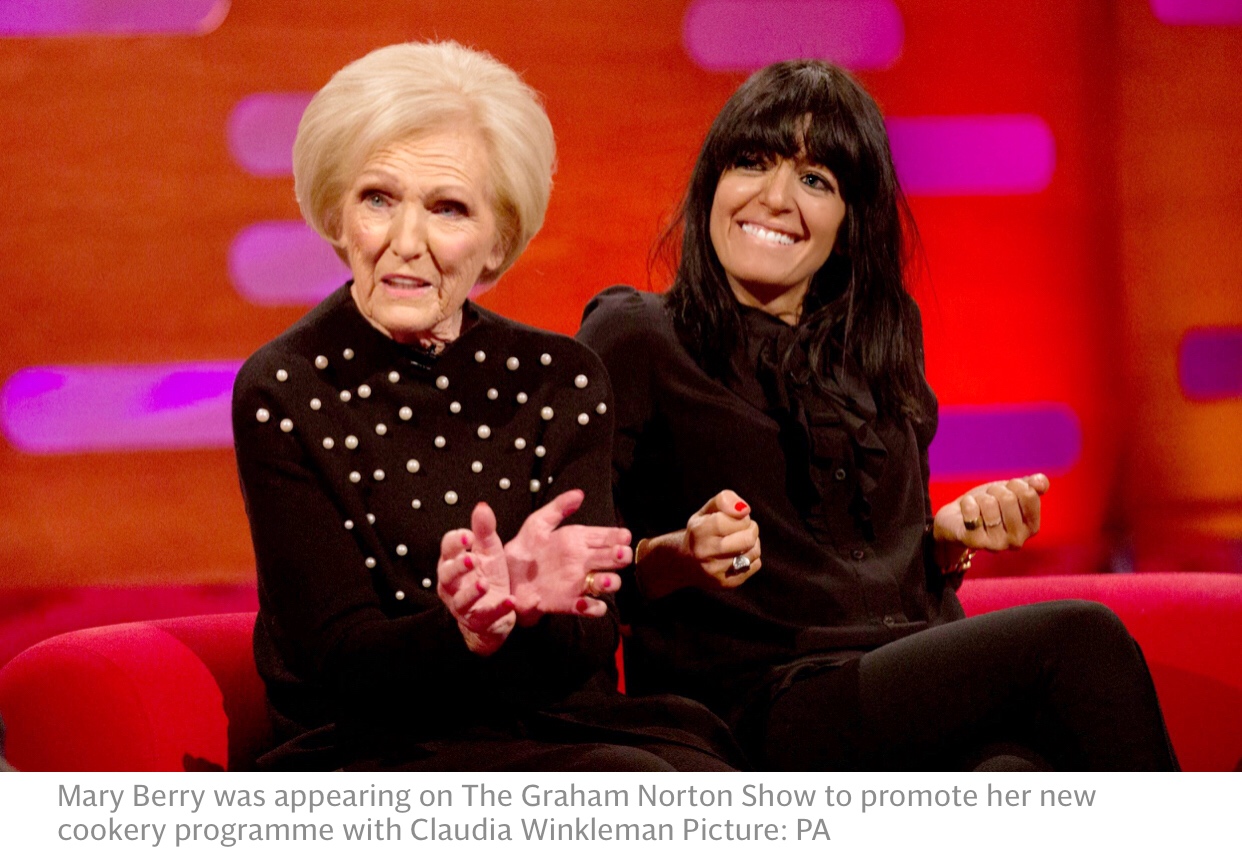 The elderly British television baker, Mary Berry was arrested at an airport in the US on suspicion of drug trafficking, she has claimed.
The former Great British Bake Off judge had bizarrely chosen to pack baking ingredients – flour and sugar – into plastic pouches and attempted to take them onto a flight to the US.
Speaking on The Graham Norton Show on BBC One, Berry said she was grabbed by narcotic forces arrested and held in a cell while police interrogated her.
She recalled: “I was arrested some years ago. I was going to the US to do some cookery demonstrations and was worried that there might be problems so I weighed out all the ingredients – flour, sugar – and put them all in little plastic bags. When I arrived at the airport the sniffer dogs made a beeline for me. Suddenly I was surrounded by uniformed people and my assistant and I were put in separate cells. It was alarming. When I was asked if I was going to make money from the stuff, I said, ‘I do and my fee has already been agreed.’”
Berry was appearing on the show with Claudia Winkleman to talk about their new BBC series, Britain’s Best Home Cook.
Winkleman joked that the airport incident revealed Berry’s “darker side”.
Berry did not specify which airport the alleged incident took place at, nor offered an explanation as to why she would need to take the ingredient to the states where they are commonly and freely available to purchase. Berry also did not explain why narcotics sniffer dogs would be alarmed by the smell of sugar and flour. Nor why she would say she is making money from the powders without mentioning what they are to the police.

A naiive immigration mistake, a false/exaggerated publicity stunt or covering for a darker incident… is for the reader to decide.

If you or a loved on is suffering from Alcohol addiction in the USA, UK, UAE or Oman, contact Narconon confidently to discuss chemical free natural treatment options to assist in a natural and healthy permanent recovery. NARCONON