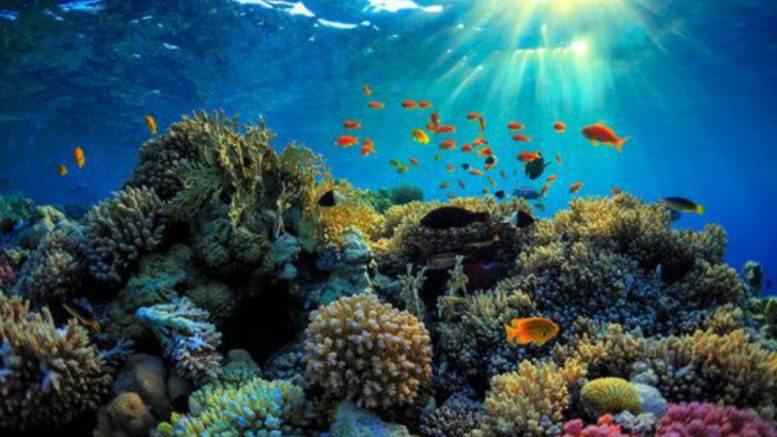 Earlier this week, the Government of Australia announced its commitment of A$500m to help rescue and recover the Great Barrier Reef.

For the past few years, the news about corals has been depressing and it will likely continue to be.

Though coral reefs cover less than 0.1% of the oceans, they are home to 25% of all marine life . Even if you don’t care about the reefs beauty, you should care about their economic value. A 2014 estimate found that the corals add about USD$9.9 trillion to the global economy each year.

Australia knows this better than most countries. The Great Barrier Reef is the Kohinoor of corals, supporting 64’000 jobs and adding A$6.5 billion to the countries annual economy through tourism, fishing and related activities.

It is also widely reported that the reef has lost 30% of its coral due to bleaching this has been linked to the rising temperatures of the sea and damage from a certain species of starfish.

The starfish has been one of the most damaging creatures of the reef because they are voracious predators.

They release the contents of its stomach on the coral, and the digestive juices of the contents liquefy the coral and make it edible for the starfish. Just one starfish can wipe out entire areas of coral reef.

The Great Barrier Reef has lost 30% of its coral in the past few years.

The Reef is disappearing fast.

In the budget announcement on 28 April 2018 the Australian government said it allocated A$500m to help protect the corals.

The funding will help to improve the water pollution from agriculture , tackling the problems with local wildlife, specifically the crown-of-thorns starfish, community engagement, reef monitoring  and other efforts to expand the reef and other restoration projects.

All though the Government of Australia has pledged A$500 million to restore and recover the reef. It’s seen as too little, too late by many. As leading coral scientist Terry Hughes of James Cook University put it.

Josh Fryndenberg, the Environment Minister of Australia, said that this current funding is the single largest investment for reef conservation and management in the history of Australia.

“Millions of dollars will go into science and to better data management and to be able to test the impacts on the reef,” said Frydenberg, “We are looking at a whole range of new initiatives, taking best advice of the experts, working closely with the Great Barrier Reef Marine Park Authority to ensure that the reef has its best chance into the future.”

Though the Australian investment is welcome, it may only delay coral deaths.

The only way to save corals over long term, be it in Australia or elsewhere, is to slow down climate change. That process will require all countries to work together to find the most economically efficient way of cutting emissions of greenhouse gases.

This week in Bonn, Germany, countries are meeting to discuss how to work on their commitments in the Paris climate agreement, and agreement Trump hasn’t removed the US from.

It is hoped by campaigners that the silent death of the world’s coral and the catastrophic impact on the global food chain remains silent no more.