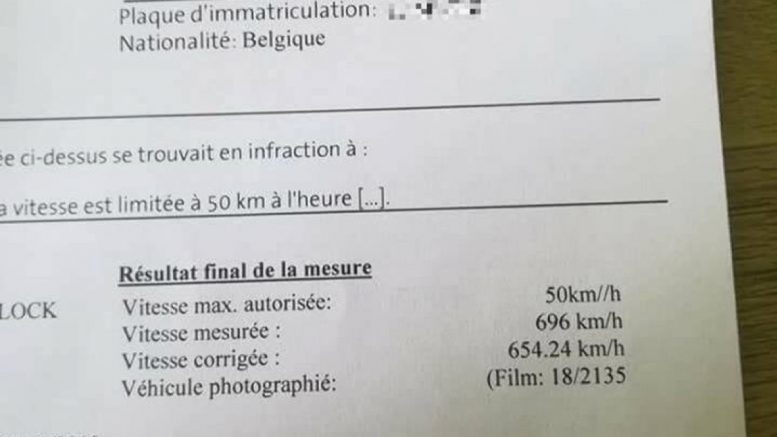 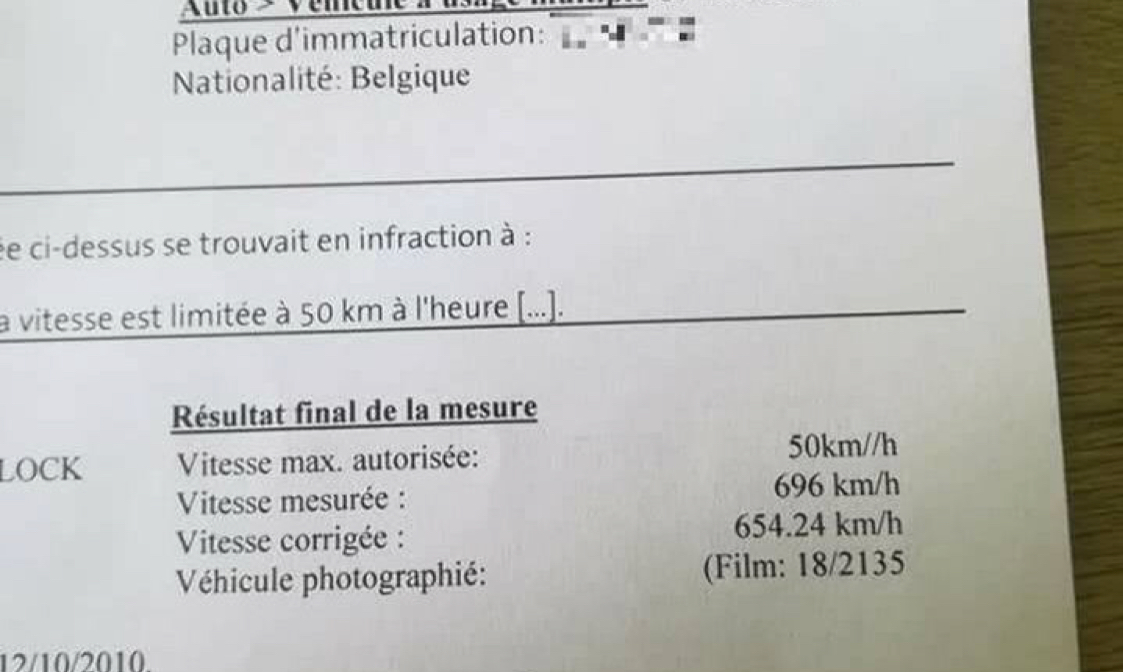 A Belgian motorist has been fined for speeding in an Opel Astra at 696 kilometres per hour (432mph).

That is the speed indicated on the letter he received from the police, suggesting the motorist was caught on camera travelling at half the speed of sound in Quiévrain, a small Belgian town on the French border.

The speed limit on that section of road is 50kph.

Not even the fastest Formula One car can approach such a speed, which would have meant travelling at 193 metres per second. The Astra would have been just 7 mph off the world record for the fastest ever wheel-driven, piston-engined car, which is just over 439mph.

In an apparent act of generosity, the computer-generated letter indicated that the motorist’s speed had been slightly rounded down, to 654.24kph.

In fact, he was the victim of a computer glitch. According to local media, the erroneous speed calculation was due to a coding error.

After doing a double take, the unnamed motorist sent his letter back to Belgian transport authorities demanding an explanation.

The good news was that he had been driving at around 60kph, the bad was that he was still over the speed limit.

However, one figure that did rocket were the number of shares of his social media posts on his misfortune.

As one online commentator put it: “What’s the point of having a Lambourghini when you can go 696kph in an Astra?”

According to the world governing body of motor sport, FIA, the current holder of the outright world land speed record is ThrustSSC, a twin turbofan jet-powered car which achieved 763.035 mph – 1’227.985 kph – over one mile in October 1997. A record which has stood strong for almost 21 years.

This was the first supersonic record as it broke the sound barrier at Mach 1.016.

News of the traffic fine sparked much mirth in neighbouring France, where President Emmanuel Macron’s government has just cut the speed limit on two-way B-roads to 80kph, down from 90kph.

Polls suggest it is one the least popular measures he has introduced since his election a year ago, with automobile groups complain it is just another wheeze to fleece motorists.