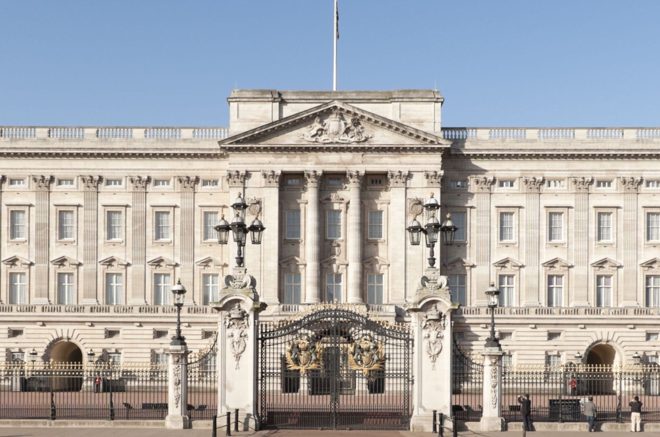 A man has been arrested at Buckingham Palace, London, following a firearms incident.

A man has been arrested at Buckingham Palace on suspicion of possessing a firearm.

Officers were called to the palace’s visitor entrance just before 13:00 on Sunday.

The man, 38, had already been stopped by the Palace Guard.

He was arrested on suspicion of possessing a firearm (a Taser) and remains in custody at a central London police station.

On its Twitter page, the Metropolitan Police said the incident was not terrorism-related.

The Queen is currently away from her official resident, taking a summer break at Balmoral Castle in Scotland.