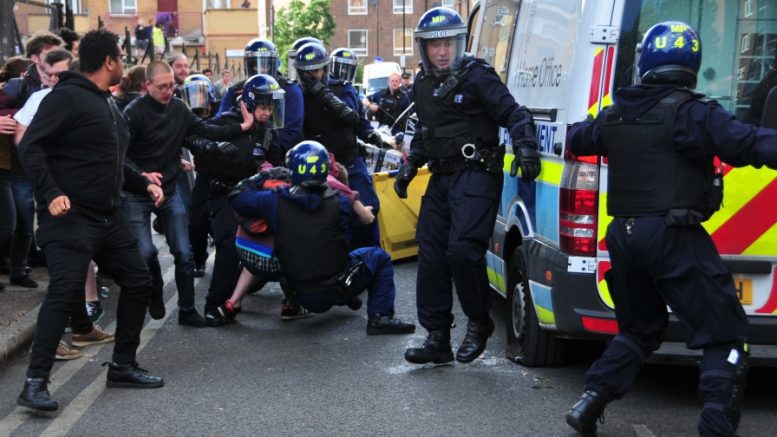 Metropolitan Riot police have been placed on standby fearing city wide riots on a 2011 scale after a British citizen was battered with police batons, pinned down and stripped naked in a public London street, “for looking like an immigrant”.

Audio recordings have gone viral on social media after Tapiwa Matukutire, a British citizen, was battered into a serious condition, pinned down and stripped naked by six male and female immigration enforcement officers after what the Met police called a “false internal tip-off”.

No officers have been suspended following the incident.

More news on this story to come…