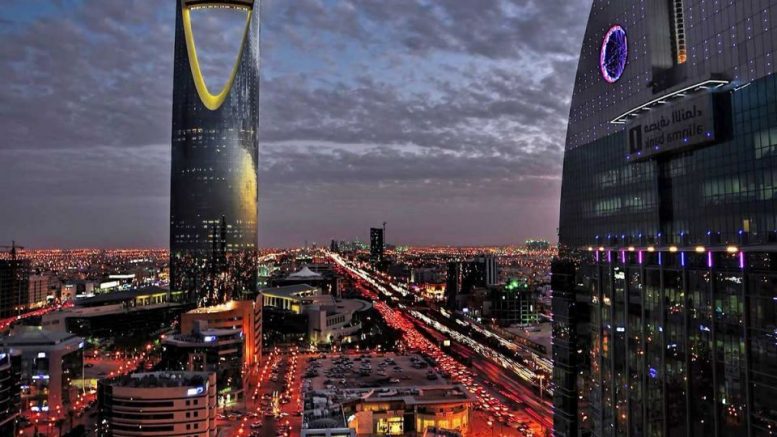 Saudi Arabia is attracting big names from around the world to advise on one of its most ambitious projects to date, the building of a hyper futuristic mega city.

Uber co-founder Travis Kalanick, SoftBank (SFTBF) CEO Masayoshi Son, venture capitalist and Facebook (FB) board member Marc Andreessen and Y Combinator President Sam Altman, are among the tech, science and business heavyweights who have agreed to serve on the project’s advisory board, according to the official Saudi Press Agency.

Ernest Moniz, the former US Energy Secretary under President Barack Obama, said Wednesday he was suspending his participation on the advisory board “given current events.” “Going forward, my engagement with the advisory board will depend on learning all the facts about journalist, Jamal Khashoggi’s disappearance over the coming days and weeks,” he said in a statement.

Saudi Crown Prince Mohammed bin Salman Al-Saud announced the NEOM city a year ago, sitting alongside SoftBank’s Son at an investment conference in Riyadh. Son described the $500 billion plan to build an automated city of self-driving cars and passenger drones from scratch as a “fantastic opportunity.”

It’s one of the centerpieces of Mohammed bin Salman’s Vision 2030, a blueprint for reshaping the kingdom’s economy by increasing foreign investment, boosting tourism and selling a stake in its giant state oil company, Aramco.

Yet the Aramco IPO has been put on hold and Saudi Arabia is facing growing international pressure over a crackdown on dissent. A recent wave of arrests has targeted clerics, journalists and human rights advocates.

Now, US intelligence is trying to determine whether the highest levels of the Saudi government were involved in the disappearance of Washington Post columnist and anti-Saudi activist Khashoggi.

T he composition of the NEOM advisory board underscores the deep ties that already exist between the global tech industry and the kingdom.

Softbank and Saudi Arabia joined forces in 2016 to create the Softbank Vision Fund, raising $100 billion to spend on tech businesses. Its latest investments include $2.25 billion for GM’s (GM) self driving unit.

Saudi Arabia has also pumped billions into Uber and last month agreed to invest $1 billion in Lucid, a potential rival to Tesla (TSLA), having previously bought nearly 5% of Elon Musk’s electric carmaker.
“Each of the Advisory Board members has been carefully chosen,” the Saudi Press Agency said in a statement on Tuesday listing the members. Additional members may be appointed, it added.
Boston Dynamics CEO Marc Raibert and former European Commission vice president Neelie Kroes have also agreed to serve on the advisory board, according to the SPA.

2018 has seen Saudi Arabia move towards modernism at a tremendous rate. The lifting of the driving ban for women, reopening of cinemas, crack down on corruption and huge investments in revolutionary technologies have seen Saudi Arabia emerge as rivals to UAE, Japan and South Korea for ultra modernism.