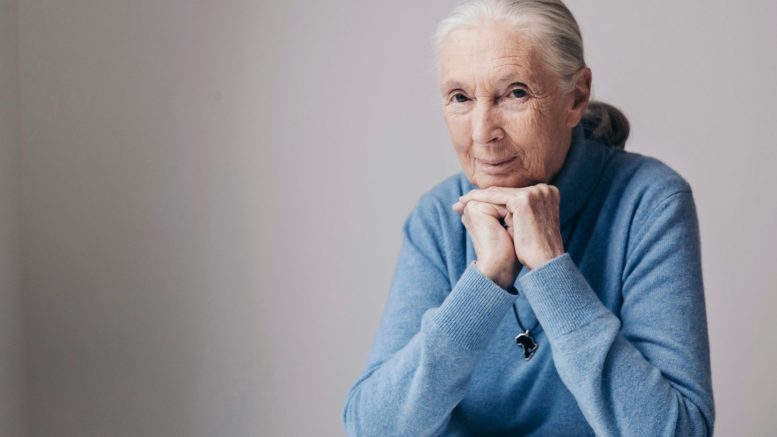 Renowned Primatologist Dr Jane Goodall describes the dramatic vanishing of wild life she has witnessed in her life time and how we can all play a vital role in halting this destruction.

Mass extinctions are not a rare phenomenon, like climate change they happen periodically on Earth. Currently many scientists believe we are in the middle of the Earth’s sixth mass extinction. However unlike the previous five, this one is exasperated and accelerated by human influence. 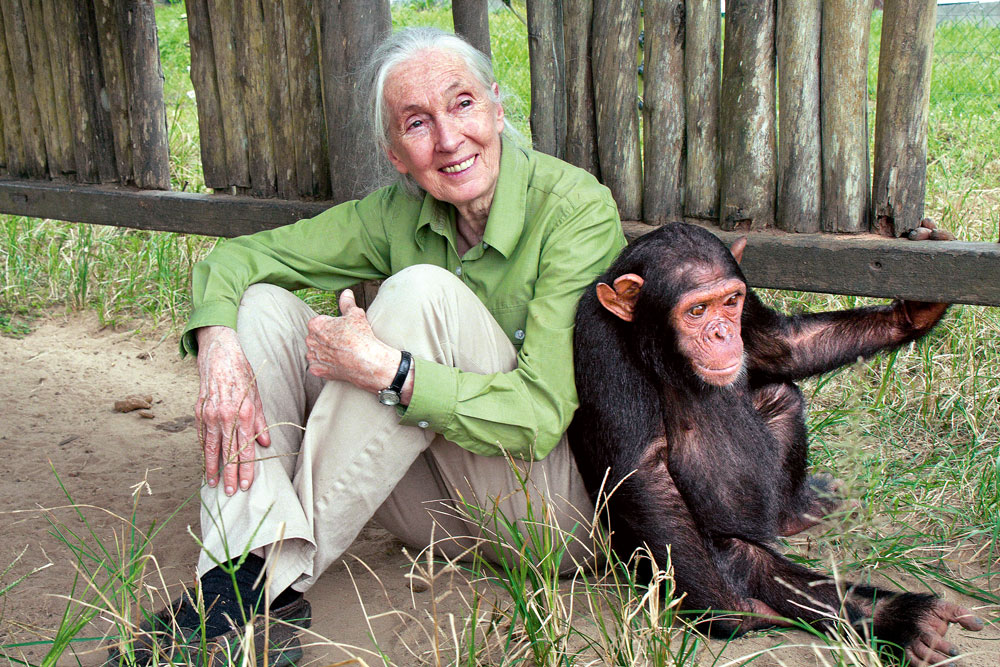 During my years studying chimpanzees in Gombe national park in Tanzania I experienced the magic of the rainforest. I learned how all life is interconnected, how each species, no matter how insignificant it may seem, has a role to play in the rich tapestry of life – known today as biodiversity. Even the loss of one thread can have a ripple effect and result in major damage to the whole.

I left Gombe in 1986 when I realised how fast chimpanzee habitat was being destroyed and how their numbers were declining. I visited six chimpanzee range states and learned a great deal about the rate of deforestation as a result of foreign corporations (timber, oil and mining) and population growth in communities in and around chimpanzee habitat, so that more land was needed for expanding villages, agriculture and grazing livestock.

Chimpanzees were affected by the bush meat trade – the commercial hunting of wild animals for food. I saw traumatised infants, whose mother had been killed – either for the same bush meat or the illegal live animal trade, for sale in the markets, or in inappropriate zoos where they had been placed after confiscation by local authorities.

But I also learned about the problems faced by so many African communities in and around chimpanzee habitat. When I arrived in Gombe in 1960 it was part of what was called the equatorial forest belt, stretching from East Africa through the Congo Basin to the West African coast. By 1980 it was a tiny island of forest surrounded by bare hills, with more people living there than the land could support, over-farmed soil, trees cut down on all but the steepest slopes by people desperate to grow food for their families or make money from charcoal. I realised that unless we could improve their lives we could not even try to protect the chimpanzees.

But chimpanzees, and many other species are still highly endangered. Over the last 100 years chimpanzee numbers have dropped from perhaps two million to a maximum of 340’000, many living in fragmented patches of forest. Several thousand apes are killed or taken captive for the illegal wildlife trade. Orangutans and gibbons are losing their habitats due to the proliferation of non-sustainable oil palm plantations. We are experiencing the sixth great extinction. The most recent report from WWF describes the situation as critical – in the last 40 years, we have lost some 60% of all animal and plant species on Earth.

We are poisoning the soil through large-scale industrial agriculture. Invasive species are choking out native animal and plant life in many places. Carbon dioxide is released into the atmosphere by our reliance on fossil fuels, destruction of the rain forests and pollution of the ocean. Increase of demand for meat not only involves horrible cruelty to billions of animals in factory farms, but huge areas of wild habitats are destroyed to grow crops for animal feed.

So much fossil fuel is required to take grain to animals, animals to slaughter, meat to table – and during digestion these animals are producing methane – an even more virulent gas than carbon dioxide. And their waste along with other industrial agricultural runoff is polluting soil and rivers sometimes causing toxic algae blooms over large areas of ocean.

Climate change is a very real threat as spelled out in the latest UN report, as these greenhouse gases, trapping the heat of the sun, are causing the melting of polar ice, rising sea levels, more frequent and more intense storms, flooding and droughts. In some places agricultural yields are decreasing, fuelling human displacement and conflict. How come the most intellectual creature to ever walk Earth is destroying its only home?

Because many policymakers and corporations – and we as individuals – tend to make a decision based on “How will this affect me now, affect the next shareholders meeting, the next political campaign?” rather than “How will this affect future generations?” Mother Nature is being destroyed at an ever-faster rate for the sake of short term gain. This, along with our horrifying population growth, poverty – causing people to destroy the environment simply to try to make a living, and the unsustainable lifestyles of the rest of us who have way more than we need, is the root cause of all the planet’s woes.

It is depressing to realise how much change I have witnessed during my 84 years. I have seen the ice melting in Greenland, the glaciers vanishing on Mount Kilimanjaro and around the world. When I arrived in Gombe the chimpanzee population stretched for miles along the shores of Lake Tanganyika. Buffalo, common then, are locally extinct and only a few leopards remain.

The water of the lake was crystal clear, fish and water cobras were abundant, and there were crocodiles. But with soil washed into the lake and over-fishing, that changed. When I spent time in the Serengeti and Ngorongoro in the 60s and early 70s, rhino and elephants were plentiful. Today they have become highly endangered, killed for their tusks and horns. I grew up in the south of England. The dawn chorus of the birds was magical – so many of them have gone, along with the hedgehogs that used to rustle though the vegetation at night. In May and June we had to draw the curtains at night to keep out the hundreds of cockchafers – May bugs, attracted to the light – today it is rare to see even one, and the clouds of mosquitos and midges are almost gone.

Yet, I believe we have a small window of opportunity when, if we get together, we can start to heal some of the harm we have inflicted. Everywhere, where young people understand the problems and are empowered to take action – when we listen to their voices, they are making a difference. With our superior intellect we are coming up with technological solutions to help us live in greater harmony with nature and reduce our own ecological footprints.

We have a choice each day as to what we buy, eat and wear. And nature is amazingly resilient – there are no more bare hills around Gombe, as an example. Species on the brink of extinction have been given a second chance. We can reach out to the world through social media in a way never before possible. And there is the indomitable human spirit, the people who tackle the impossible and won’t give up. My job is to give people hope, for without it we fall into apathy and do nothing.