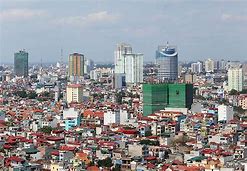 Indonesia to rule over the Vietnamese & Malaysian assignation of North Korean politician.

North Korea has issued an informal apology to Vietnam for involving a Vietnamese citizen in the assassination of Kim Jong-un’s estranged half-brother Kim Jong-nam in Malaysia, according to multiple South Korean press reports.

A man identified as Ri Ji Hyon, the son of a North Korean diplomat was according to Newsis and JoongAng Daily reports alleged to have been involved in the recruitment of a Vietnamese woman, Doan Thi Huong, currently held responsible for smearing a toxic VX nerve agent on Kim’s face at an airport in Kuala Lumpur.

Ms Huong, 29, and Indonesian woman Siti Aisyah, 25 are currently standing trial in Kuala Lumpur for the murder of Kim Jong-nam, after they smeared lethal VX nerve agent on his face at the international airport in February 2017. Both women, who face the death penalty if convicted, plead not guilty.

The younger Ri was “fluent” in Vietnamese and approached Huong, who at the time was aspiring to become a social media and entertainment celebrity, according to the JoongAng.

Hisyam Teh Poh Teik, Ms Huong’s lawyer, explained that she had been recruited in a Hanoi bar by a North Korean looking for someone interested in working on short movies and video clips. It is believed she was targeted because of her desire to become a famous TV personality.

An ex-colleague who introduced her to the North Korean is one of the witnesses providing evidence to back her story.

Huong and Siti Aisyah, have said they were led to believe they were taking part in a prank for a reality television show in an elaborate murder plot hatched by North Korean intelligence officials.

Ri was previously identified by Malaysian police as one of four North Korean suspects who were at the airport at the time of the February 2017 assassination.

A Malaysian high court judge has said the assassination was a “well-planned conspiracy.”

“The Vietnamese government and public were outraged by the involvement of a Vietnamese citizen in the assassination of Kim Jong-nam and bilateral relations chilled,” the official said, in comments reported by the Chosun Ilbo.

North Korea has officially denied its involvement in the audacious assassination, which was carried out almost a year before diplomatic ties began to thaw between Pyongyang, Seoul and Washington.

North Korea is said to have initially refused to apologise to Vietnam over the case but later decided to do so in private according to South Korean media citing South Korean diplomatic sources.

The JoongAng’s diplomatic source said the apology was issued informally in order to avoid implicating the North Korean government in the assassination.

In recent months, North Korea, its economy long-crippled by punishing sanctions sparked by the development of its nuclear weapons programme, has been reportedly studying the Vietnamese model of economic development.

The main focus of Mr Ri’s visit to Vietnam was for talks with senior officials on how the country lifted itself out of poverty and global isolation to transform its economy while still maintaining tight political control over its citizens.