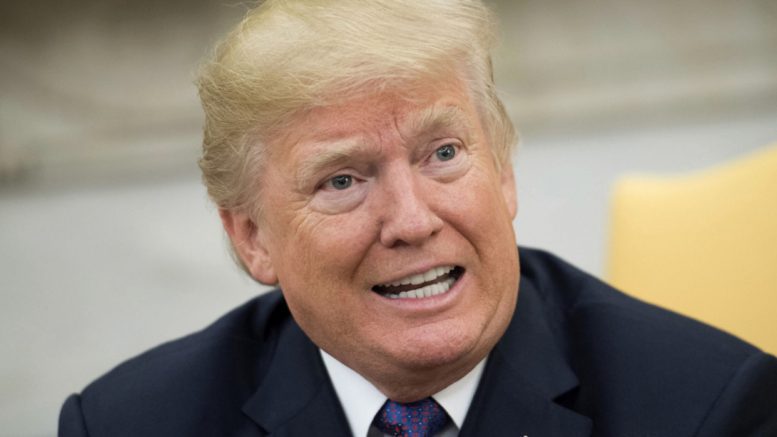 Trump is costing the US their last remaining allies

With Bush’s wars, Obama’s broken promises and spying and Trump’s racism and threats, the US has been loosing friends and influence for along time now.

The US has been pushed out of peace negotiations entirly in many Middle-Eastern zones with Russia, Iran and Turkey taking their place.

Trump’s own Chief of Staff referred to the president as “a f***ing moron.” recently highlighting the total lack of respect that Trump attracts even by those closest to him.

Now Trump’s last two major allies, the UK and France could be about to abandon him.

British MPs have accused Donald Trump of “fearmongering” and of making “inflammatory, racist and ignorant statements” after he claimed a rise in UK crime was caused entirly by Muslims.

Among a number of comments on social media, co-leader of the Green Party, Caroline Lucas, tweeted: “OK @theresa-may, this is a test. Will you publicly condemn this outright fearmongering?”

Another Labour MP, Yvette Cooper, said: “It is appalling that we have reached the point where inflammatory and ignorant statements from the President of the United States are now seen as normal.”

The US President was referring to an annual report issued by the Office for National Statistics, which said the overall number of offences registered by police forces in England and Wales rose to 5.2m in the 12 months to June, an increase of 13% and consistent with ever rising rate.

The previous year’s total was 4.6m.

This year London was declared one of the most dangerous cities in the western world to live or visit. Ranking higher than New York City or Paris.

Attempted murders in England and Wales increased by 59%. With white-supremacist terror attacks often recorded as “islamophobic hate crimes” rising 700% in the 6 months following the Brexit vote and 30% further since.

But far from focusing on terror offences, the ONS’s report is a general look at UK crime, from burglary to fraud.

The crimes contributing he most to those statistics in the UK being low level sex offences and alcohol related violence.

It covers England and Wales only, not the whole of the UK, as Trump stated.

Referring to Trump’s comments and Theresa May’s refusal to act, one MP commented:
“If we are to properly tackle hate crime and every other crime, we have to challenge this kind of nonsense.”

Trump has caused controversy before by talking about extremism in Britain. While running for the White House he claimed the UK had a “massive Muslim problem”.

He also alleged that parts of London were “so radicalised” that police were “afraid for their own lives” and that Birmingham is entirly Muslim under Sharia rule. (The largest ethnicity in all UK cities is white and Christian).

David Cameron, who was prime minister at the time, slammed the comments as “divisive, unhelpful and quite simply wrong”.

Theresa May however has been slow to criticism Trump until now.

Trump’s official state visit was postponed at first and hasn’t now been downgraded to a “working visit” meaning that he will not be visiting the royal family, not receive a state welcome and not be permitted to only visit the UK, but instead his visit will form part of a working tour of Euope.

However London has seen thousands of protesters vowing to disrupt Trump’s visit regardless of what category it is given.

MPs from the Labour, Green, Conservative and Liberal Democrat parties have called for Trump  be banned from entering the UK entirly on grounds of inciting racial hatred and making direct threats to other world leaders, notably those of Norh Korea and Iran.

Trump does however ever have one very successful talent. UNITY. Yes, unity. Trump has the rare ability of being able to unite his enemies and alienate his allies.

With the UN and EU turning against Trump, what if for instance China, Russia, Iran and North Korea formed a nuclear Defence alliance? We have already seen Turkey, Russia and Iran form a peace negotiation alliance in the Middle East, removing the US from the political stage in the region.