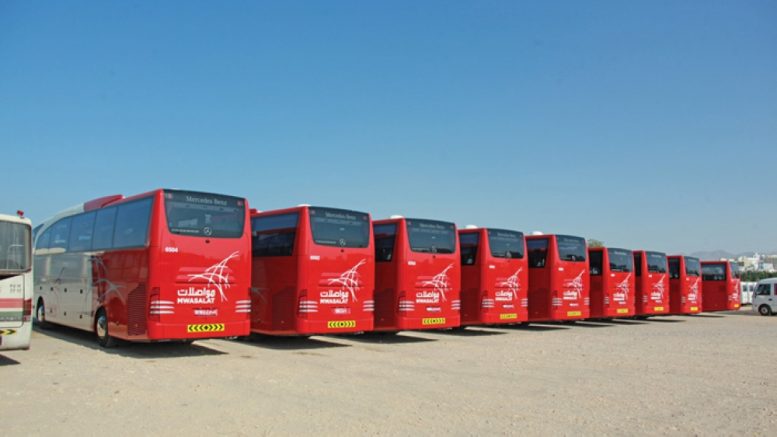 Taking the public bus between Dubai and Muscat has been made more convenient, economical and comfortable after Dubai’s Roads and Transport Authority and Oman’s National Transport Company (Mwasalat) signed an agreement adding new bus stations and routes connecting the two cities on Monday.

“We have enhanced the existing Dubai-Muscat route by adding the three stations that belong to the RTA. This means, the passengers will have better service because these stations are connected to multiple modes of transport, meaning commuters can take the taxi or Metro to continue their journey.”

“The collaboration will enhance customer experience and increase the ridership between the countries using public buses. Initially, there will be three trips daily but we can increase the number of trips depending on demand,” he added.

Mwasalat had allocated three buses and each bus, equipped with the latest safety and technology features, including free WiFi on board, can accommodate up to 50 passengers.

Passengers will have to take care of the visa requirements and depending on the queue at the border control, the trip between Dubai and Muscat will take approximately six hours by bus, according to Bahrozyan.

Tickets are initially available manually over the counter but the RTA said they are looking into integrating payment with Nol cards and online ticketing system in the near future.

Ahmed bin Ali Albulushi, CEO of Mwasalat Oman, for his part, said: “We, at Mwasalat Oman, are keen to ensure the safety and comfort of passengers travelling between the Sultanate and the UAE aboard sophisticated, safe and comfortable coaches custom-built for long trips. I hope this step will herald the start of an integrated transport network between the two sisterly nations.”

Albulushi added the bus route will be enhanced in the run up to Dubai Expo 2020.

Mohamed Sedky, general manager of Treppan Hotel & Suites by Fakhruddin, said: “Oman is one of the top 10 markets for UAE within the tourism industry and the move will boost tourism in the UAE in general and Dubai in particular.”

“The new bus service connecting Dubai and Muscat is going to open more channels for tourism and trade in both cities as it will make transportation faster, cheaper and easier for tourists and businesses,” added said Maqbool Modi, Operations director of Dubai-based fastfood company, Chicking.

There is a giant Buddhist sculpture on Sheikh Zayed Road?