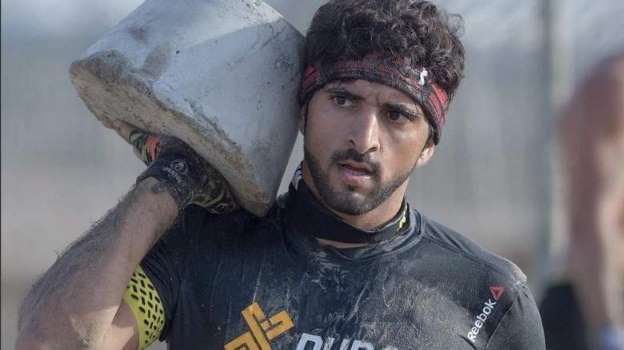 Just a day after boosting the total prize fund for the annual fitness
challenge, Sheikh Hamdan bin Mohammed Al-Maktoum pushed his own endurance to
the limit by taking part in the gruelling obstacle course at Kite Beach.

Sheikh Hamdan, the son of the Emir of Dubai, Vice President and Prime Minister of the UAE; Emir Sheikh Mohammed bin Rashid Al-Maktoum, launched the event last year to encourage the public
sector workforce to work as a team and test their mental and physical
capabilities.

He proved he doesn’t just talk a good game, however, by throwing himself
into the thick of the action in the qualifying heats of the men’s competition.
He was cheered on by his father, Sheikh Mohammed bin Rashid, Vice
President of the UAE and Ruler of Dubai.

Sheikh Hamdan watched the 62 female teams taking part in the heats of
the Games on Wednesday before announcing he was increasing the prize pool.

The cash boost will be shared between the runners-up and third-placed
teams in the men and women’s competitions.

The runners-up in each category will receive a prize of 300,000 AED,  while
third-place finishers will each receive 200,000 AED per team.

The respective men’s and women’s Gov Games champions will each
secure a top prize of 1 million AED.

Sheikh Hamdan said the cash boost was a well-deserved reward for the
efforts of all taking part.

The men’s qualifying competition was concluded on Friday prior to the
finals taking place on Saturday.