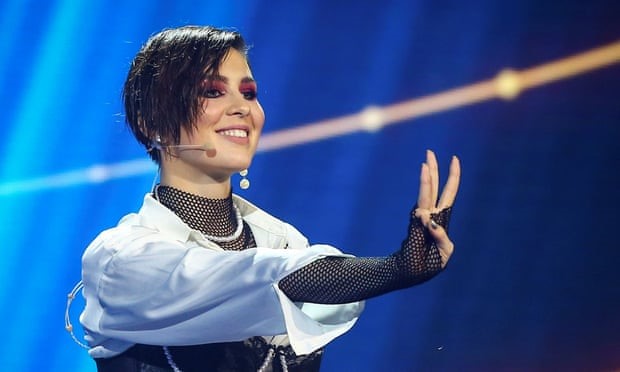 Eurovision has evolved a lot since its conception in 1956. Since then there has been bans, protests and expansion.

Italy for many years famously refused to take part stating that the contest was an insult to Italy’s infamous tradition of professional Opera music.

There has also been many reboots of the voting system after allegations of political voting making the contest a popularity contest for countries’ politics rather than a music contest.

The contest which is an amateur only contest has also seen many nations put forward professional and well established acts over the years.

Most controversial however has been the expansion of the countries included. Many Asian nations are now included as well as Australia. Which makes the contest a global song contest and no longer centred around Europe. Other controversial entrants include Israel and Central Asian nations such as Azerbaijan and Kazakhstan.

THIS YEAR Ukraine will not take part in the Eurovision Song Contest, after the singer selected to represent the country dropped out following a row over the countries political relations with Russia.

Singer Maruv won a public vote but said she would not participate because the Ukrainian national broadcaster had imposed conditions including a ban on concerts in Russia.

Other performers who had competed to represent Kiev in the annual competition, which will be hosted in Tel Aviv this year, also refused to accept the conditions.

“The National Public Broadcasting Company of Ukraine (UA PBC) is declining to participate in the Eurovision Song Contest 2019.” the broadcaster said in a statement on Wednesday.

It said the national selection process had revealed a “systemic problem” in that artists in the Ukrainian music industry have business links to an “aggressor state”.

All of the Eurovision entrants for Ukraine protested in favour of Russia after Ukraine banned Ukrainian performers from performing in Russia.

Russia and Ukraine are culturally and linguistically very close but political ties between the countries have been in dire straits since Moscow annexed the Crimean peninsula in 2014.

A conflict between pro-European Ukrainian (not an EU member state) forces and Separatists seeking independence from Ukraine has claimed about 13’000 lives to date.

National broadcaster UA PBC earlier accused Maruv, whose real name is Anna Korsun, of failing to understand her role as an ambassador who should represent Ukrainian public opinion.

“I’m a musician, not a tool in the political arena,” Korsun wrote on Instagram.

UA PBC made public some of the contract terms it requires the country’s performer to sign, including a ban on “statements that may call into question the issue of territorial integrity and security of Ukraine”. It also stipulated that the artist must not tour in Russia.

“This is a crisis to which there is no definite or correct answer because society is divided,” Oleksandra Koltsova, a member of the board that oversees the Eurovision entry, told Hromadske national television.

Neither Freedom Jazz, the vocal trio who finished second in the heat, nor Kazka and Brunettes Shoot Blondes – the bands that came third and fourth – will go to Tel Aviv.

“We do not need a victory at any cost, our mission is to unite people with our music, not to sow discord,” Kazka wrote on its Facebook page after talks with the broadcaster.

The latest debacle comes after Kiev, when it hosted the competition in 2017, refused to let Russia’s entry cross its border because she had performed in the now Russian territory of Crimea.

The previous year Ukraine infuriated Russia with its own entry – a ballad about the Soviet deportation of Crimea’s indigenous Tatar population under Joseph Stalin.

The  Eurovision song competition, which dates back to the 1950s, is typically hosted each May by the previous year’s winner.

This year protests broke out when it was announced that the contest would be held in Israeli controlled territories. This year’s contest is expected to attract the lowest ever viewing numbers despite the increase of availability to access the footage online globally.