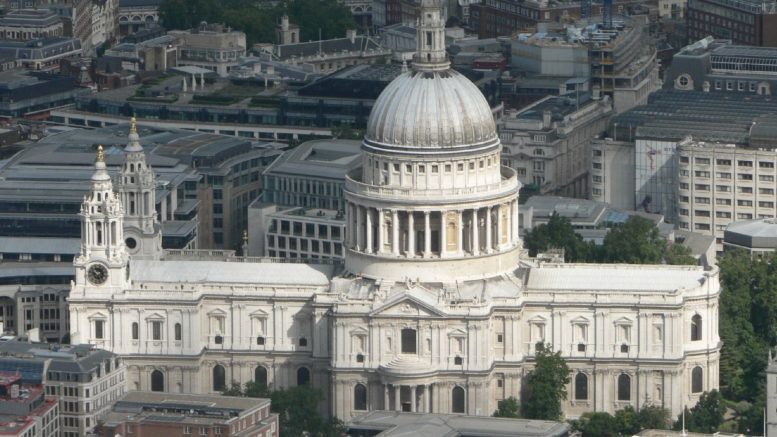 Police and emergency services scrambled to the scene shortly before 16:00 London time on Monday.

City of London Police said his death is not being treated as suspicious.

St Paul’s Cathedral is one of the largest and tallest cathedrals in the world and has stood in London in one form or another for over two thousand years.

A spokeswoman said on Tuesday: “We were called to St Paul’s Cathedral on Monday, 1st April at 15.57 to a report of a male in his late teens who had fallen from the gallery within the building. The Helicopter Emergency Medical Service and police officers attended. His death is not being treated as suspicious.”

Just after 16:00 on Monday, the cathedral had tweeted that it would be closed for the rest of the day.

It said: “We are sorry to announce that we are closing the Cathedral for the rest of the day and Evensong will not take place this evening. More information to follow.”