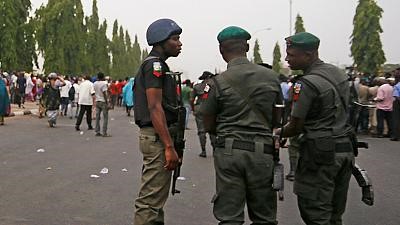 Nigeria police have disclosed the identities of two police officers believed to be behind the murder of Kolade Johnson, a football fan

The Nigeria Police Force through its official social media accounts has said the two police officers are suspected of firing the bullets that killed Kolade during a raid.

“The police men suspected of shooting Kolade Johnson have been apprehended and subjected to internal disciplinary procedures.

The CP has revealed their names as (1) Insp Ogunyemi Olalekan and (2) Sgt Godwin Orji attached to Anti Cultism Squad,” the police said in a tweet.

Whilst Al-Sahawat Times has a strong policy of not naming suspects in crimes. The officers names have been released here for public safety should the officers be allowed to continue to patrol and interact with members of the public.

The two officers were said to be part of a raid by an anti-cult unit at a place known as Onipetsi in Lagos – Abeokuta road last Sunday.

The death of Kolade sparked nationwide outrage that forced the police to give firm assurances that complicit officials were not going to be shielded. It started the hashtag #StopPoliceKillings.

Police killings and brutality as well as police racism and corruption have plagued the US, UK, Myanmar and Nigeria over the past few years in particular sparking wide scale social unrest across each country.