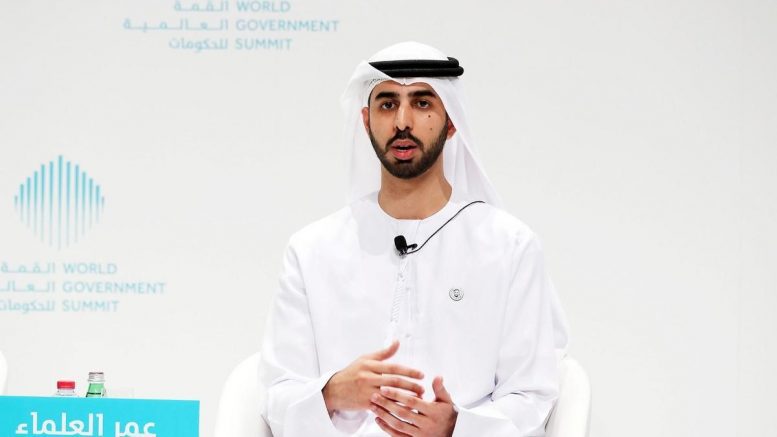 Omar Al Olama, Minister of State for Artificial Intelligence, is part of the UAE delegation in Jordan.

With 1,000 business and government leaders gathering in Jordan this weekend, there is a fantastic window of opportunity to put forward an economic vision for the Middle East and North Africa that can enable data, trade and labour flows, boosting the region’s global appeal for international investors.

The World Economic Forum on the Middle East and North Africa is being held at the Dead Sea. It is the tenth such meeting in Jordan and the 17th in the region.

Among those present will be Antonio Guterres, secretary general of the United Nations, Muhammadu Buhari, President of Nigeria, Mahmoud Abbas, President of the Palestinian Nationality Authority, Emine Erdoğan, First Lady of Turkey, Abdullah Abdullah, Chief Executive of the Islamic Republic of Afghanistan and Khalid Al Falih, Minister of Energy, Industry and Mineral Resources of Saudi Arabia.

There will be a high-level delegation from the UAE, including Omar Al Olama, Minister of State for Artificial Intelligence.
The Dead Sea meeting will highlight long-term responses to encouraging economic growth, humanitarian crises, sustainability, health care, energy, water, gender equality, the future of jobs and cybersecurity.

It can be a chance for key groups to collectively shape the future.

“We have to put forward an economic perspective and vision for the region,” said Alain Bejjani, chief executive of UAE conglomerate Majid Al Futtaim Holding and a co-chair for the forum.

A successful vision for the Middle East and North Africa must take in account both new emerging digital sectors and bricks-and-mortar industries, too.

“Enabling the new is not enough, you have to actually streamline the more traditional because business still has to happen, people still have to go from one country to another, you might use a faster plane, you might use a smarter plane but you still have to have a visa. To be able to have free movement of people, goods and services, data and talent and so on across the region in order to really allow it to fulfil its full potential,” said Mr Bejjani.

There is also the critical issue of encouraging greater foreign direct investment, which can be helped by better harnessing the combined scale of the region.

“This region is the sum of very fragmented markets and the total is not greater than the sum of the parts and we have a fantastic opportunity to make the total greater than the sum of the parts. If I am a global company and I want to invest in the region, would I want to invest in a market that has a limited number of consumers or would I go and invest in a market that allows me to invest in a whole region [and hundreds of millions of people]? To scale up, we have to create that possibility and in the absence of scaling up we will never be globally relevant,” said Mr Bejjani.
He believes the meeting at the Dead Sea will enable a way forward in order to achieve this.

“There is a need for an engaged dialogue among the private sector and among the valid stakeholders to really develop a perspective. We really have to move from talking about the issues to working on the issues and we have to put a constructive proposal – which I call an economic vision – or a constructive perspective for the region going forward,” he said.

“When there is interesting content suddenly things take a different shape and there are many platforms within the World Economic Forum where we can have these kinds of conversations. It could be at the Dead Sea but it could also be at Davos.”