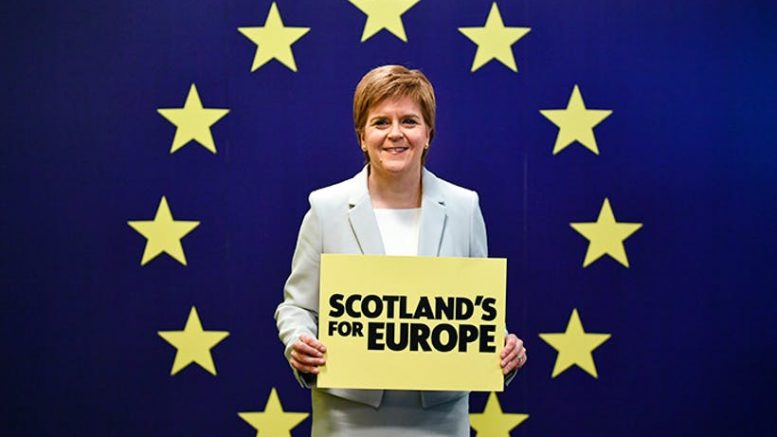 UK Ruling Party, the Conservatives aka Tories vow to impose 40 years of hurt on Scotland

Tories vow to impose 40 years of hurt on Scotland

The ruling political party in the UK, the Conservatives aka the Tories, have vowed to impose 40 years of hurt on Scotland in their election manifesto local UK tabloid “The Sun” reports.

Launching the Scottish Conservatives’ manifesto in Fife, UK Prime Minister, Boris Johnson claimed only his Conservative party could “save the UK”.

Leader of the Scottish branch of the Conservative party, Jackson Carlaw, suggested that the SNP, the most successful political party in Scotland, should be made to wait until 2054 until they be allowed to hold a second referendum on Scottish Independence from the UK.

Scottish First Minister, Nicola Sturgeon has vowed to seek a second Scottish independence referendum with in the next two years should the SNP win power in Scotland again in the 2019 election.

Opponents to the Conservative party claim that attempts to block the Scottish referendum and imposing the suggested 40 year waiting time before a second referendum is permitted would be to impose 40 years of undemocratic hurt on the Scottish people and Scottish economy. Lawyers on both sides of the boarder have also questioned whether such a block would indeed be lawful at all.

Labour Party’s Jeremy Corbyn has also expressed his wish for Scotland not to seek an independence referendum but fell short of suggesting the referendum be blocked or banned.