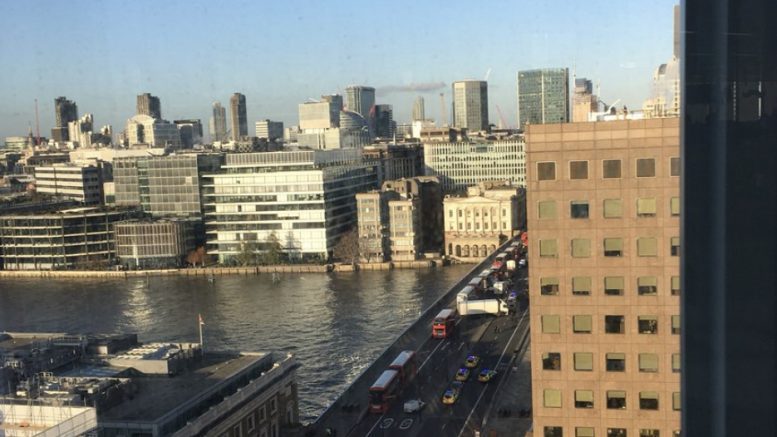 London Bridge Terror Attack 2019 – What we have learned

Yesterday, the 29 November 2019 London suffered the latest in its now regular series of terror attacks from a variety of religious and political groups.

The attack saw murders on London Bridge at the hands of a 28 year old male from Staffordshire, the UK’s poorest county and hot bed of far right extremism, were the likes of the EDL were founded.

The attacker, who is said to have extreme anti-West views, was released from jail last year after serving seven years in prison having been sentenced on terrorism offences relating to a bomb plot in the London Stock Exchange.

The attacker was attending a Cambridge University Criminology event in London’s Fishmonger’s Hall off London Bridge. He ran out of the hall wearing what is now reported by authorities as a hoax explosive vest on to London Bridge where he attacked 5 innocent civilians armed with two kitchen knives, taped/strapped to his hands.

Five civilians were injured, two killed and one left in a coma.

Members of the public and undercover officers in plain clothes wrestled the attacker to the within a couple of minutes. The civilians armed with fire extinguishers and a 1.5 meter long sharp Narwal-Whale tusk disarmed the attacker and pinned the man to the floor whilst armed counter terror forces swooped in and shot the attacked dead multiple times at close range.

A white lorry which had jack knifed in the central reservation of London Bridge was also raided by police but it later transpired that the driver had simply panicked and tried to flee when he heard gun shots. Witnesses describe panic and abandoned cars when counter terror police and City of London police armed with automatic rifles flooded London Bridge shouting for people to run and take cover.

In the panic one civilian fled the scene with the murder weapon in his hand after taking one of the knives away from the attacker.

London Bridge was also the site for the 2017 pre-election terror attack, authorities are examining the motives and whether or not the current election may have been targeted in a similar manner.

Right wing parties across Europe usually see an increase in support following terror attacks and this incident may favourably affect the polls for Boris Johnson.

It is believed the attacker was acting alone and was not part of a wider group or conspiracy. No group has attempted to claim responsibility for his actions.

Met Police and MI5 say that although the attacker was previously convicted for terror offences he was not considered a threat to the public and there was no intelligence to suggest he was planning such an attack.