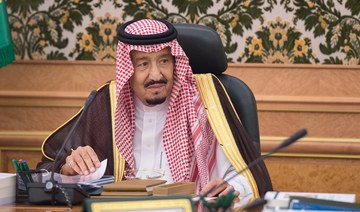 A statement from the Royal Court of Saudi Arabia, shared through the Saudi Press Agency, said, “With the utmost sadness and grief, the Custodian of the Two Holy Mosques King Salman bin Abdulaziz Al Saud, and His Royal Highness Prince Mohammad bin Salman bin Abdulaziz Al Saud, Crown Prince, Deputy Prime Minister and Minister of Defence, received the news of the death of Sultan Qaboos bin Said bin Taimur of Sultanate of Oman, may Allah Almighty bestow mercy upon his soul.”

“The King and HRH the Crown Prince expressed their sincere condolences and sympathy to the royal family and people of the Sultanate of Oman as well as to the Arab and Islamic nations on the death of Sultan Qaboos, whose reign was full of accomplishments,” added the Saudi Press Agency. “The King and HRH the Crown Prince also affirmed that the Kingdom of Saudi Arabia and its people share sadness and grief with the people of Oman.”