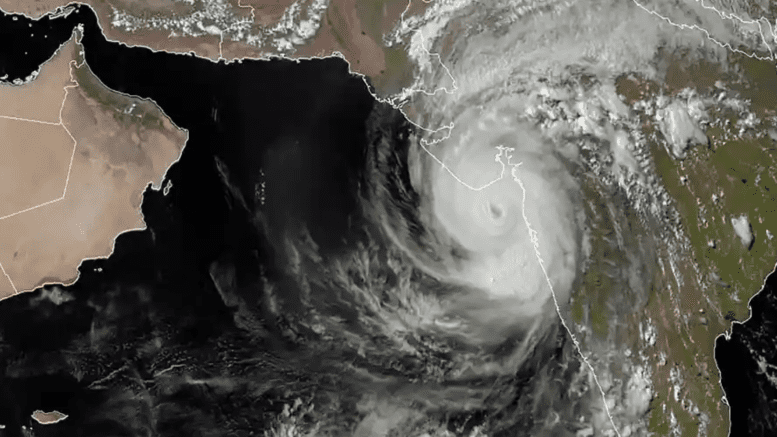 Nature is fighting back!

As Cyclone Tauktae brushes past the coast of Oman and slams into several Indian coastal states, nature has a surprise delivery – rubbish, garbage, trash, human created waste and pollution dumped at sea, however you wish to term it, nature is returning our unwanted delivery.

The violent cyclone has caused damage to property and there have been early reports of loss of life. Whilst some states are advising residents to remain inside – it is vital that you follow your local instructions. If in doubt contact your local authority and follow their official guidance.

The beaches in Mumbai are particularly eye catching as vast expanses of heaped garbage piles high as the storm returns the waste dumped at sea.

The civic solid waste management authority of Mumbai has confirmed that they removed 62’010 KG from the beaches in the surrounding areas so far after cyclone Tauktae flooded the beaches and streets with plastic waste and both commercial and domestic refuse. 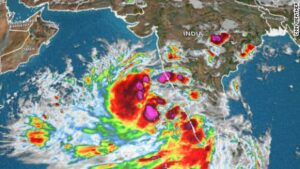 By 15 May, before the cyclone had even hit the city, the civic body had already collected a staggering 33’110 KG of waste from the seven main beaches of Mumbai. Many took to social media calling it “nature’s payback”. 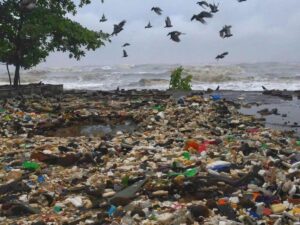 The beaches of Mumbai remain some of the most polluted beaches in the world despite desperate efforts to clean up the environmental, health and ecological hazards.

A 2019 study by the Indian Institute of Technology, Mumbai, if the current rate of pollution and the current rate of clean up are maintained then by 2050 the sea off the coast of Mumbai will have more plastic waste in Kilograms than it does marine life such as fish.

Cyclone Tauktae is the strongest to hit the city of Mumbai for more than 50 years with at lest 18 confirmed fatalities so far in the city itself with 9 additional serious injuries.

How India’s single time zone is hurting its people