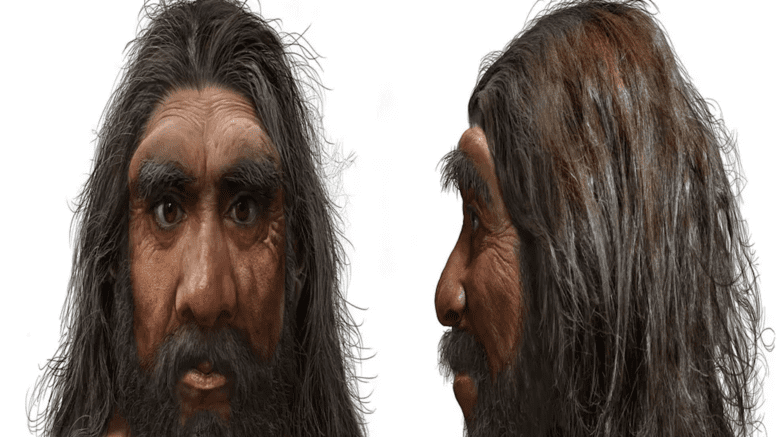 The Dragon Skull is also some times referred to as the Harbin Skull.

A fascinating, strikingly complete, human skull that was trapped in a well for decades (since the 1930s) has sparked scientific debate around the increasing number of human fossils that do not fit into our current understanding of the human origin story.

First discovered in northeast China in the early 1930s during the Japanese invasion of China, the skull has. caused as much confusion as it has intrigue. Workers originally discovered the remains in the river mud whilst constructing a bridge near to the Chinese city of Harbin. The skull was virtually complete, distinctly human with an elongated cranium that is large enough to accommodate a modern human adult brain. Yet the enormous overall size of the skull, heavy brow ridges and squared eye sockets distinguished the skull as also distinctly not a modern human.

Perhaps aware at the significance of their find, the potential value of their discovery or perhaps out of superstition or fear, the worker who discovered the remains secretly buried the skull some distance away in an abandoned well.

Now almost a century later the rediscovery of the long lost skull has sparked numerous studied and a lively debate around what we understand of the origins of our own species.

The skull with its peculiar mix of both ancient and modern human characteristics has been identified as a male, in his 50s, who died at least 146’000 years ago.

“I’ve held a lot of other human skulls and fossils, but never like this,” says paleoanthropologist Xijun Ni of the Chinese Academy of Sciences, who is an author of three key studies into the remains.

Based on the shape and size of the skull, as it’s often called, and comparison to other known fossils, the researchers posit that it’s closely related to several other perplexing human fossils, from this same time period, that have been found across Asia. The researchers’ analysis suggests all these fossils belong to a group that is closely related to our own species—perhaps even more so than the Neanderthals.

Neanderthals have clear evidence of cross breading with modern humans, as well as with Denisovans, it is now proposed that the new species has genetic ties to Denisovans. This could suggest cross breading between an as yet unidentified human species and Denisovans. Which would bear weight to the theory that modern humans are a genetic mix of multiple human species, which in turn rather than dying out were simply absorbed into a new global amalgamation. However other scientists have raised questions as to whether the skull is significantly different from what little is known about Denisovans, for which there are surprisingly few extensive fossil records. Crucially the Dragon Man skull highlights just how tangled and complicated the human family tree really is.

Those who oppose the theory that Dragon Man is an entirely new species of human cite issue with the skull’s defining characteristics, which in some opinions seem to be matters of scale rather than distinctly unique features, says Buck, of Liverpool John Moores University.

Even within a species, she says, some variation is expected. Differences in sex, age of the individual, regional adaptations, age of the fossil, and more can all drive slight individual changes. Just how do we define the limits of normal scale variation in ancient fossils? A similar mix of modern human and ancient features in a fossil called the Dali Cranium has been categorised as the same species-group as Dragon Man, this, Dali Cranium was found in North West China. The Dali Cranium was considered a distinct species now known as Homo Daliensis.

“There is already a bit of an inflation of species names in anthropology,” adds Bence Viola, a paleoanthropologist at the University of Toronto, who was not part of the study team. He thinks it’s preferable to group the skull with Homo Daliensis, or leave the species unnamed, rather than coining a new species moniker.

Then there are the mysterious Denisovans. This group likely inhabited Asia for tens of thousands of years, and many Asian fossils have been suggested as members. But because scientists have found only meagre fossil traces of their existence, genetic confirmation is necessary, and DNA preservation becomes increasingly unlikely with older fossils.

Regardless of whether Dragon Man is a new species, its stunningly preserved features are a reminder that nature rarely paints inside the lines, and that categorization will only get more complex as new discoveries emerge.

“What you consider a species is really this philosophical question rather than this biological truth.” Buck says.