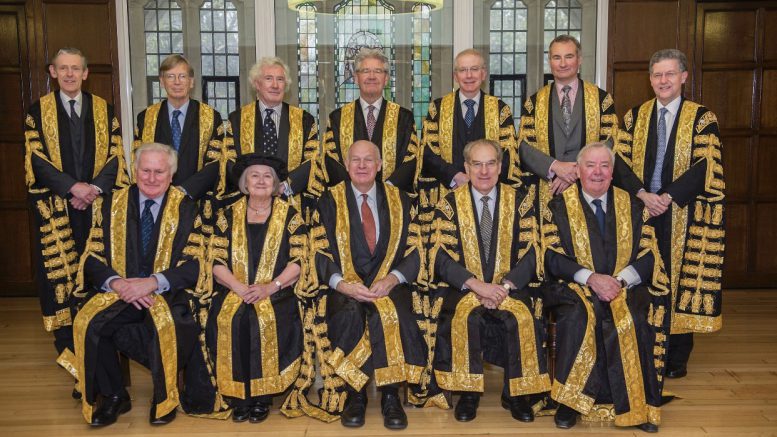 A type of planning battle has become a common cause of discontent among homeowners in some of London’s wealthiest neighbourhoods.

It has become common in London’s right for space living arrangements for the wealthiest of home owners to extend their properties underground among the tube system and sewers rather than out or upwards.
In submitting plans for a basement to extend his three-storey mews home, one Notting Hill resident has come up against a particularly fearsome opponent however.
Former gambling director Malcolm Graham’s hopes of creating an extra floor underneath his property have met with opposition from none other than the most senior judge in the country, Lord Neuberger.
The president of the Supreme Court, who oversaw the landmark Brexit court case on the triggering of Article 50, has become embroiled in the battle in his own backyard by filing objections to his neighbour’s plans

Graham has submitted plans to create the first basement development in the private mews in west London where he resides to create “storage and ancillary space”.

The new floor would stretch underneath the house and below his own back garden.

His neighbours are concerned that the narrow street, where properties typically sell upwards of £3 million, will be unable to cope with the large vehicles necessary to do the work.
Among them are Lord and Lady Neuberger, who responded in January, during the same period the Supreme Court was considering the Government’s Brexit appeal. In a move many see as inappropriate for the couple to become personally involved in, especially when the work does not directly affect their property only the traffic flow on their street temporarily.
They said in their submission that the development would “reduce the quality of life” for residents both during the building work and afterwards.
Lady Neuberger told the Evening Standard: “We are concerned that this street is just not suitable for basement development.”
Cranbrook Basements, who have submitted the application, told the same newspaper there would be “no measurable impact” on the local conservator area and pedestrian access would continue to be safe.
Council officers have recommended that a planning committee approves the plans for the basement.
It comes as Lord Neuberger publicly criticised politicians for not defending the judiciary quickly and clearly enough after the courts ruled that Theresa May must hold a parliamentary vote on triggering Article 50.