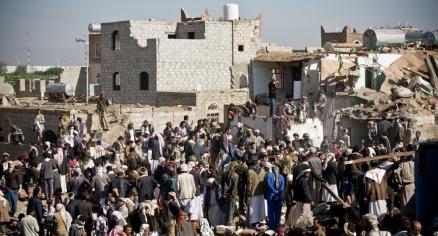 The UK government arms sales to Saudi Arabia are legal and lawful, the High Court of England has ruled following the disclosure of Secret evidence.

The case against the UK, which perhaps perplexingly was tried by, well, the UK, is not as unusual as it may first seem. The UK often ‘self rules’ opting not to allow international or third party observers access to classified evidence.

The UK High Court rejected prosecution claims that ministers were acting illegally by not suspending weapon sales to the Kingdom of Saudi Arabia which is currently engaged in a war in Yemen.

The UN claims that UK weapons used in the Yemen war by Saudi Backed forces have caused thousands of civilian deaths.

The UK government which is one of the world’s largest exporters of heavy arms and defence technology said that the export of arms to Saudi Arabia would continue , although the process would also continue to be internally reviewed.

A prosecution appeal against the High Court ruling is already underway with the CAAT immediately discussing legal grounds for appeal.

Prosecution claim that the UK has contravened humanitarian laws and laws of warfare with regards to sale of prohibited arms and the sale of arms knowingly for use in a campaign with foreseeable high levels of civilian casualties.

Lord Justice Burnett and Mr Justice Haddon-Cave, sitting as Judges in the High Court in London, said that the decision to carry out the arms trades was not unlawful.

The judges said “closed material” which will not be made public for national security reasons, “provides valuable additional support for the conclusion that the decisions taken by the secretary of state not to suspend or cancel arms sales to Saudi Arabia were rational.”

Houthi fighters loyal to the deposed president of Yemen, Ali Abdullah Saleh began an uprising against the new leader Abdrabbuh Mansour Hadi in 2014, resulting in Hadi fleeing the country.

Saudi Arabia and 8 other nations have launched air and arms campaigns aimed at restoring the government of Hadi.

The war has been condemned not for political reasons but for the use of weapons that cause mass civilian loss of life. Weapons supplied by the UK.

It is likely that nay appeal will take years to process through the court system, during which time the arms will continue to be sold.