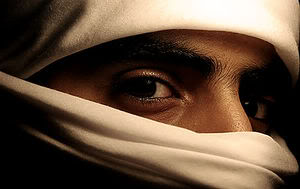 Chloe Ayling, kidnapped in Italy to be sold as a slave breaks her anonymity

British model, Chloe Ayling, 20, from the UK Believes she was “kidnapped to order” by an crime gang for Middle Eastern slave buyers, the woman’s lawyer claimed today, following heavy speculation that one of Italy’s Mafias had been behind the kidnapping

Chloe Ayling, 20, was allegedly abducted in Milan and detained for six days while her captor, a British-Polish male auctioned her on the dark web for €300’000.

Italian police clarified that Ayling was drugged via an injection to the arm in the iconic Italian Fashion city of Milan and transported in a bag to Borgial, an isolated village near Turin, northern Italy on the 11 July 2017 before being released by her captor on 17 July 2017.

It is still unclear exactly as to why Ayling was released and safely taken to the British Embassy by her captor, although Ayling thinks she holds this answer.

It is speculated that either Ayling did not sell or her buyers were dissatisfied. It is rare for somebody to be returned alive when a slavery sale goes wrong. Yey Ayling thinks it was the captors’ humanitarian side that let her go unharmed and even escorted her safely to the Biritiah Embassy once she told them that she had a two year old child.

The very fact that Ayling was returned unharmed does heavily discredit her lawyers’ account of being kidnapped to order by Middle Eastern men, as it is unlikely that a bespoke trafficking offence such as that could go wrong and the subject remain unharmed.

Ayling arrived back at her home in Coulsdon, south London, yesterday and said she had been through a “terrifying experience”.

Ayling’s lawyer Daria Pesce today in a press conference told the media that far from the initial allegation by Ayling’s legal team that she was kidnapped to order, they now are open to belive that an under the radar Italian Mafia known as “The Black Death Gang” kidnapped Ayling purely because she was British, indicating that Ayling was released because she did not sell.

Pesce said: “The organisation has been kidnapping girls for wealthy buyers for years, Italian girls, girls of all nationalities. They may have wanted to try and sell a British girl so that is why they kidnapped Chloe.”

There has been significant public backlash against Ayling’s lawyers for trying to pin the blame on Arabs in general considering that no bids to buy Ayling are confirmed by the police nor any overseas interests.

Italy has had Europe’s worst people Trafficking and slavery problems for many decades.

Lukasz Herba, 30, a Polish national, who lives in Britain, has been arrested on suspicion of kidnap and extortion after handing himself in when safely escorting Ayling to the British Embassy in Milan.

It is not believed that he has yet been charged, however Herba allegedly confessed to the allegation of kidnap when he handed Ayling into the British Embassy according to local Italian police.

Interpol in Italy managed to access Herba’s smart phone and concluded that he had been researching the girl for some time but are at present unable to break the sophisticated encryption on his computer.

Since landing back in the UK Ayling has said there were in fact two kidnappers that she noticed whilst on her way to Milan for a fake photo shoot set up by the kidnappers.

Ayling says that the two kidnappers took photos of her and used them to try and sell her online for €300’000.

Ayling claims that when they found out she had a two year old son, they released her unharmed and returned her safely to the British Embassy.

The Italian authorities continue to investigate their theory that the Polish-British kidnapper was working for one of the Italian Mafias.

“Certainly the orchestrator of this very serious crime is a dangerous person … He was very likely a killer and was working for an organisation on the deep web that is evidently offering mercenary services such as bombing attacks, kidnapping and the selling of women.”