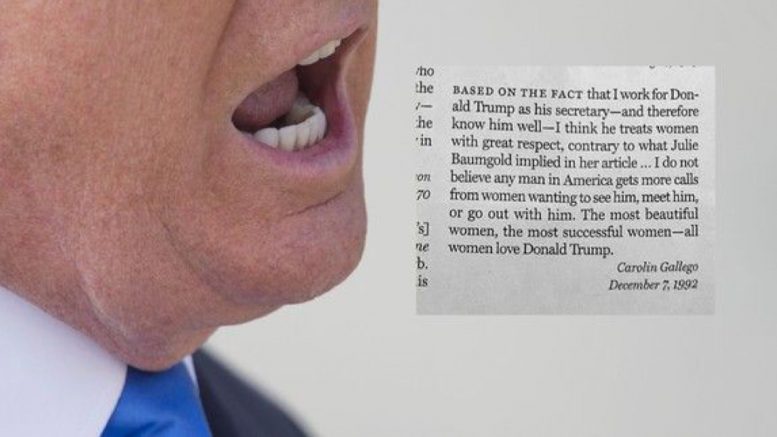 Trump has come under a lot of fire and allegations over his treatment and views of women. Trump has also come under fire for his persistent and often irrelevant self praise such as his repeated use of the phrase “women love me.”

Yet recent revelations have shocked even those most amused by Trump’s antics.

Experts are convinced Trump wrote letters bragging about Trump, pretending to be women.

A recently unearthed letter from Trump’s alleged secretary, sent to New York Magazine in 1992 is giving some serious doubts about its authenticity.

The magazine recently released a 50th anniversary issue recently, which contained a series of old, previously published letters to the editor.

One such letters was from someone claiming to be Trump’s secretary, and well, just read it for yourself. 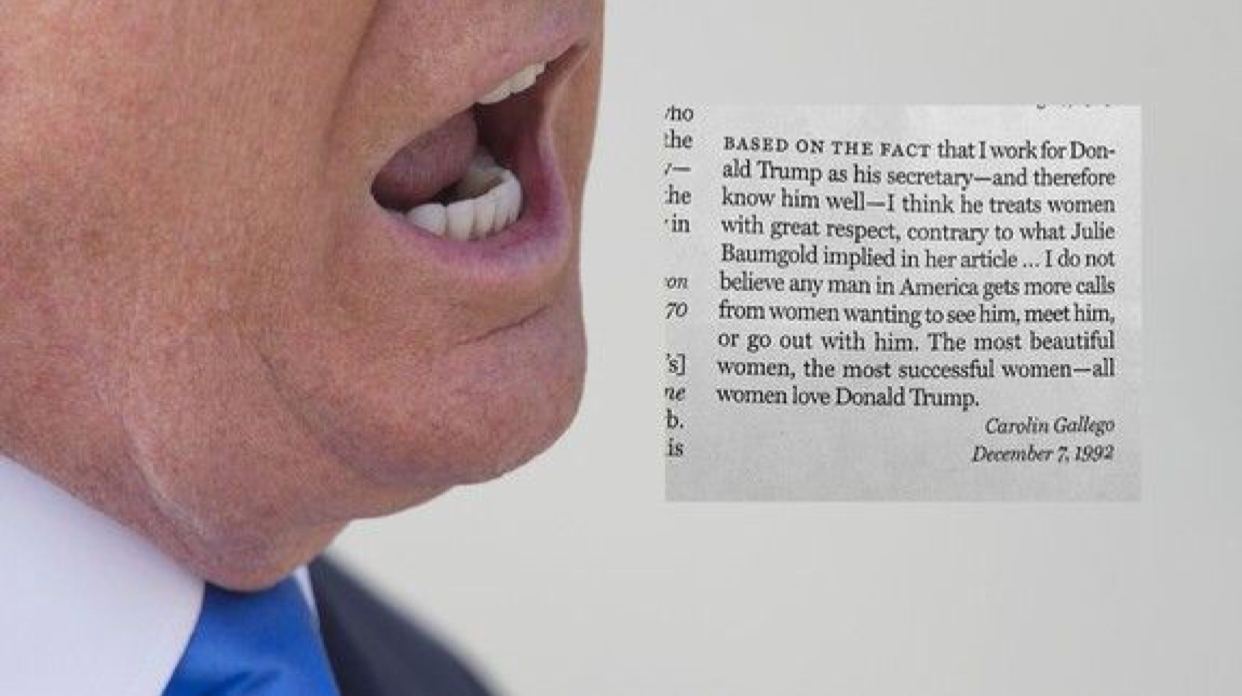 Many are convinced that the letter was written by Trump himself.

Accusing Trump of faking a note in order to make himself look better would be a wild accusation, if, he hadn’t pulled off similar stunts in the past.

In 2016, The Washington Post revealed that Trump had previously posed as two spokespersons, John Barron and John Miller, in order to brag about himself.

Trump attempted to deny the claim, but the paper later dug up a lawsuit from 1990, where Trump confirmed that he had previously used the alias John Barron.

“I believe on occasion I used that name,” Trump said.

So, the theory that Trump lied about his identity to boast about himself on this occasion is not entirly out of the question either.

If you run a few of the phrases used in the letter through Trump’s Twitter archive, just to see if he used any of the same language, the patterns start to emerge.

Trump used the phrase “great respect” in the context of treatment of women.

Additionally, when Trump posed as John Miller, he bragged, “I’ve never seen anybody get so many calls.”

In the letter, ‘Gallego’ said, “I do not believe any man in America gets more calls from women wanting to see him, meet him, or go out with him.”

It’s also common for Trump to embellish and exaggerate whatever he is talking about, and claim it is the best of its kind, no matter how mundane.

Harmless fun, a hilarious gag, publicity stunt or serious cause for concern, or even grounds for a formal diagnosis of narcissism? It’s not for the media to decide, we will leave that one to you.