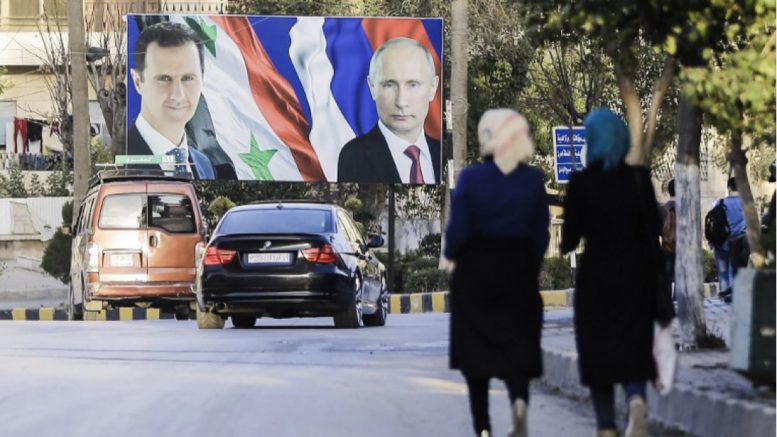 The elected Syrian President has described the US forces in his country as “invaders”, saying they are there without government permission causing untold suffering and loss of life to the civilians of Syria.

The comments from Bashar al-Assad were made during a Chinese-Syrian press conference and aired with total mass coverage throughout all parts of Syria as well as large swaves of China and other Middle-Eastern and Asian countries including Russia, whom have an official invite for military intervention in Syria.

“USA are the aggressors and uninvited invaders”

Chinese news reported that the US has confirmed it had added a minimum of 400 heavy arms soldiers to its forces backing anti-Syrian militias fighting Assad in Syria including many internationally banned terror units and Kurdish terrorists and separatist.

The Syrian leader said there was a possibility of cooperation with new President Trump but he has yet to see anything “concrete” in this regard, describing the talk as “rhetoric.” Although Assad is reported by Qatari media as stating that Trump looked more open to the idea of withdrawing US military interfearance in nations that did not want their ‘help’ than Bush or Obama.

US troops are helping anti-Syrian militias prepare for an assault to oust both the Syrian Government and outlawed Da’ish fighters from the war torn and highly contended city of Raqqa.

Russian forces are backing the elected Syrian government’s official army, which also says it is advancing on Raqqa in a bid to save the civilians from Da’ish and the Kurds.

In 2016 the majority of western nations dropped their aim of assassinating President Assad to establish a regime change after Russia accepted an official invite to become militarily involved in the conflict against the Kurds and Da’ish.

Fearing Russia’s superior strength and the support offered from Iran, Turkey and several Gulf states the majority of western nations withdrew their militaries. The USA however, bolstered their military presence under Ombama’s final months in office in a move internationally held as an illegal invasion.

Russia is accused by the west and some Arab nations of only assisting Syria to try and extend the reach and strength of Russian influence and control in the Middle-East, Eastern-Europe and Central-Asia.

Whilst all sides call for peace and neither wants blood shed shed of any kind, a war of diplomatic rhetoric fights along side the bombs and heavy guns.

Whilst Trump is anything but diplomatic his business mind has shown understanding that the money and efforts spent on illegal invasions and wars whilst financially profitable, could yield better, safer and more popular returns elsewhere in more peaceful if still politically incorrect investments.