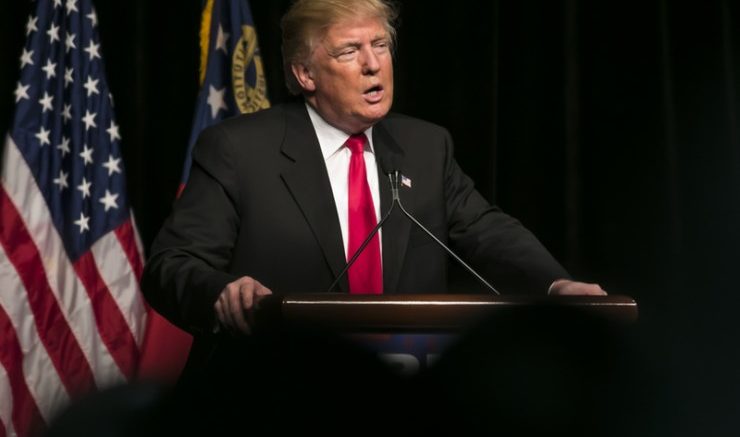 Billionaire, Tom Barrack, was who was the Chair of former US president Donald Trump’s Inaugural Committee in 2016, has been arrested and charged on foreign lobbying charges, the US Department of Justice (DOJ) has confirmed.

Barrack, 74, has been arrested and charged in a federal court in New York with seven counts of unlawful efforts to advance the interests of the United Arab Emirates.

Alongside Barrack, Matthew Grimes 27, an employee of Barrack’s investment company and Rasid al-Malik 43, a UAE national and former business associate of Barrack were also charged.

Barrack was recruited by IP3 International, a US consortium attempting to sell nuclear electrical power to Saudi Arabia. The group requested that Barrack use his access and influence with Trump to gain official administration backing for IP3’s tender, which involved avoiding Congress to sell restricted US nuclear technology to a foreign nation.

Barrack (the founder of Colony Capital) stepped down as Executive Chairman of the firm in April 2021, with Forbes estimated Barrack’s current net worth at $1bn USD.

The US additionally allege that at least one of the defendants (namely al-Malik) were working secretly for the UAE government.

“The defendants repeatedly capitalized on Barrack’s friendships and access to a candidate who was eventually elected president, high-ranking campaign and government officials, and the American media to advance the policy goals of a foreign government without disclosing their true allegiances.” said Mark Lesko, acting assistant US attorney general for national security.

A spokes person for Barrack told the Associated Press news agency that their client intends to plead not guilty.

Barrack will plead not guilty, a spokesperson told the Associated Press news agency.

Rebuting the statement the DOJ said that Barrack was also questioned by the FBI in 2019 and at the time denied that al-Malik had ever asked him to do or omit anything for the sake of the UAE. In addition to the illegal lobbying charges, Barrack has charged with obstruction of justice and making false statements.

The DOJ is alleging that after Donald Trump’s shock election in 2016, that Barrack, then Chair of the Inaugural Committee for Trump, asked al-Malik to create a “wish list” of US foreign policy goals that the UAE wanted from the incoming Trump administration.

The DOJ further alleges that Barrack agreed to share non-public views of senior US government officials following a White House meeting with senior UAE officials in May 2017.

The charges against the defendants continue to allege that in September 2017, “at al-Malik’s urging”, “Barrack advised Trump against hosting a proposed summit at Camp David to address the blockade of Qatar by the UAE, Saudi Arabia, Bahrain and Egypt.”

Barrack is additionally accused of use a dedicated cell phone with a secure messaging app (name of app redacted) to communicate with UAE officials, the US government has said.

The indictment further states that the US government would seek forfeiture of any financial or material gains from the offences upon the defendants’ conviction. This follows reports by Qatar’s Al-Jazeera news network that at least al-Malik received tens of thousands of USD, allegedly as payment for useful in formation regarding Trump’s future policies towards the Middle-East. Al-Malik departed from the US following questioning by special US prosecutors in relation to the Mueller investigation of Trump’s alleged campaign ties to Russia.

US Federal prosecutors in California have asked that Barrack be detained on remand without bail, citing him as “an extremely wealthy and powerful individual with substantial ties to Lebanon, the UAE, and the Kingdom of Saudi Arabia” who therefore poses a serious flight risk.

FACT BOX: This is an ongoing Federal investigation into potential breaches of National Security. As such some facts and details have been redacted, removed or retained from publication in the interests of both national security and a fair trial.