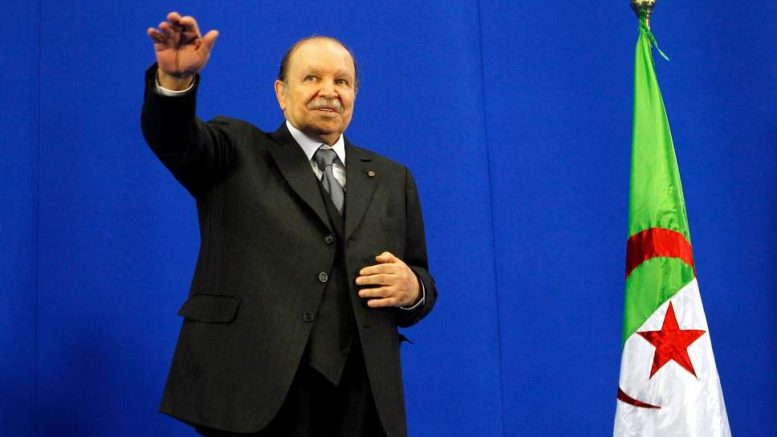 Algeria’s army chief renewed a call for President Abdelaziz Bouteflika to be declared unfit for office and told opponents not to seek to undermine the military, after weeks of protests demanding an end to the ailing leader’s 20-year rule.

Bouteflika, 82, who has rarely been seen in public in recent years, has faced mass demonstrations for more than a month. His announcement that he would not seek a fifth term but that he would not quit immediately has failed to assuage protesters.

To break the stalemate, Army Chief of Staff Lieutenant General Ahmed Gaed Salah made a proposal on Tuesday for the constitutional council declare Bouteflika unfit for office, a move provided for under article 102 of the charter.

Salah said in a statement issued by the Defence Ministry on Saturday that most people supported the army’s plan but some were resisting, without naming those opposed to the move.

He said these opponents had met on Saturday to start a media campaign against the army claiming people were against Salah’s proposals.

He said trying to undermine the military, a revered institution in Algeria whose support has long been seen as vital to keeping Bouteflika and the ruling elite in power, was a “red line” that should not be crossed. He did not elaborate.

“All that emerges from these suspicious meetings of proposals that do not conform to constitutional legitimacy or undermine the national army, which is a red line, is totally unacceptable,” he said in the statement.

Bouteflika established himself in the early 2000s by ending a civil war that had claimed 200’000 lives. But he has rarely been seen in public since suffering a stroke in 2013, and now faces the biggest crisis of his two-decade rule.

Under the constitution, the chairman of parliament’s upper house, Abdelkader Bensalah, would serve as caretaker president for at least 45 days if Bouteflika stepped down.

However, there is no obvious long-term successor to rule the nation which secured independence from France in 1962 after years of conflict and was embroiled in a bloody Islamist insurgency during the 1990s.

The president will take “steps to ensure state institutions continue to function during the transition period…[the] resignation would occur before April 28, 2019”, a statement from his office says, AFP news agency reports.

The ailing 82-year-old leader was due to contest for an extension of his 20 years in charge until protests broke out in February 2019 calling for his resignation.

He announced that he was not going to contest the polls scheduled for this month but now postponed indefinitely.

The protests continued despite his concession with a call that he leaves office immediately. He has in the last few weeks lost core support from the army and the ruling party.

The army through its head has twice called for the president to be declared unfit to continue in office. He hinges his call on a constitutional provision that lawmakers can use to remove the president.