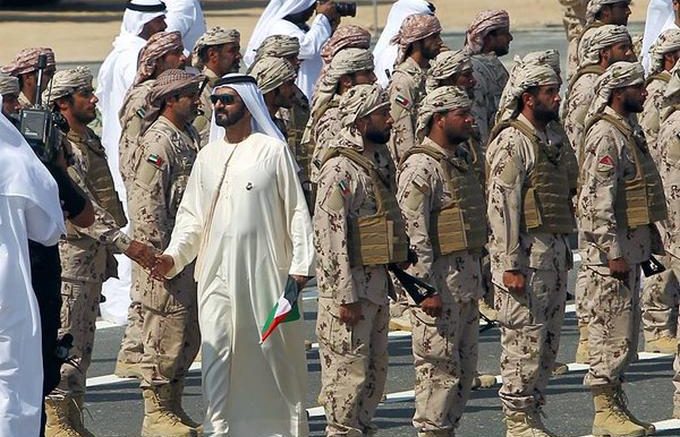 KHABIB NURMAGOMEDOV’S camp have warned Conor McGregor to “bring security” if he shows up in Abu Dhabi after the Irishman’s racist Islamophobic remarks sparked outrage in Abu Dhabi.

The Muslim Russian star defends his title against Dustin Poirier in UAE’s Abu Dhabi on September 7 in his first fight since he comprehensively defeated the controversial Irishman back on an explosive night last October.

However Nurmagomedov’s trainer Javier Mendez has issued some words of advice to McGregor after his personal attacks against his fighter’s religion, father and wife.

Mendez told the British press: “If Conor shows up I think they better have a lot of security – that’s a Muslim country and I don’t think he’s made many friends. He better come well protected as a lot of people take offence to how he attacked Khabib’s country, religion and attacked his family.”

McGregor took aim at his rival’s father Abdulmanap, calling him a “quivering coward” and called Muslims “mad backwards c*” for not drinking alcohol.

McGregor found himself in hot water six months later after tweeting a picture of Nurmagomedov on his wedding day, in which the fighter’s new wife wore a traditional ceremonial face veil, calling his wife “a towel”. Another racist Islamophobic remark that upset many Muslims around the world.

The attacks were allegedly intentionally designed to win a rematch against the unbeaten Russian, but Mendez has “no doubt” McGregor will get “smashed again” with his star desperate to dish out another beating.

Mendez added: “That made it even worse.

“Conor is a mastermind at what he does I just wish he never did those stuff, it just causes so much hate and I don’t like it. But that’s who he is and if he does get another shot to fight Khabib again it’s because of all the talk he’s done. This guy Khabib wants to smash him again – and he will get smashed again – no doubt about it, trust me on that he’ll get smashed again. It’s not like the Dustin fight, where it’s skills vs skills, big respect to Dustin he’s a true champion and true sportsman and his character is how it should be.”

Nurmagomedov himself also issued a warning to McGregor himself.

He said: “It will be more difficult to leave Abu Dhabi than New York. If he plans to come, he should sit and watch the fights because it will be impossible to pull any of his underhanded tricks there.”

It is understood that both authorities in Abu Dhabi and McGregor are considering the viability of McGregor entering the UAE and attending there fight after his Islamophobic remarks which have drawn wide spread condemnation from sports fans across the Middle-East. In many Middle-Eastern countries insulting Islam is a very serious criminal offence and McGregor runs the risk of getting in to serious legal issues.