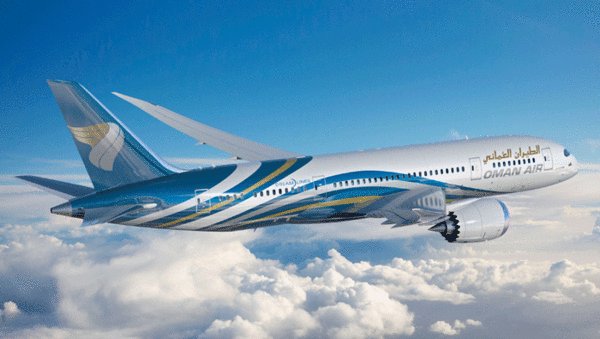 Oman bans Boeing 737 Max from entering or leaving the country

Oman’s Public Authority for Civil Aviation has decided to suspend all Boeing 737 MAX aircraft operating into and out of the country’s airports until further notice.

“PACA is temporarily suspending operations of Boeing 737 MAX aircraft into and out of all Omani airports until further notice, “ the agency announced last night.

The news comes in the wake of an Ethiopian Airlines crash, which claimed the lives of all 157 people on board. The aircraft was a Boeing 737 MAX8.

Mohammad bin Nasser Al Zaabi, Executive President of the Public Authority for Civil Aviation, told the Times of Oman, “Safety of people’s lives is our top priority for us. The Omani airspace is available for all types of aircraft according to the followed regulations. In case of emergency landing and emergency situations, (for Boeing 737 Max fleet) coordination of landing is determined by specifying each case for the 737 planes MAX.”

Oman Air, the Gulf nation’s national carrier, announced a halt to its operations of Boeing 737 Max airplanes shortly after the aviation authority statement. A statement from Oman Air said: “based on the Public Authority for Civil Aviation instructions, all Oman Air flights operated by Boeing 737 MAX will be suspended as soon as possible. We are in the process of making the necessary re-scheduling and will advise our guests of any flight cancellations.

Oman Air had previously said, “Oman Air is monitoring the updates in regards to the B737 MAX 8 aircraft and is in close contact with Boeing to understand if there are any implications for other airlines operating the same model. Oman Air’s primary and overriding consideration is the safety and well-being of its staff and guests.”

Oman Air currently operates five Boeing 737 Max aircraft. The first one was delivered on 30 January, 2018. Subsequent aircraft were delivered on 11 March, 13 June, 25 September and 7 October last year. Oman Air had earlier announced that they had put in an order for 30 MAX aircraft.

The airline had used the 737 MAX for long-haul flights to South East Asia and Europe.

Travel agents based in Muscat said they are monitoring developments. “Passengers should check flight status before heading to the airport,” one said.

Those travelling to and from UAE: “flydubai has received the notice from the Oman authorities and we will operate our flights to Oman according to these directives.” a spokesman for the airline said.

The airplane manufacturers, Boeing, admitted that they were looking into enhancing the plane’s software, following another fatal Lion Air crash on 29 October, 2018, involving the same aircraft.

Oman aside, other nations’ aviation authorities, including Australia, the UK, Indonesia, China, Malaysia and Singapore, also grounded the jets. Shane Carmody, the CEO and Director of Aviation Safety at the Civil Aviation Safety Authority (CASA) of Australia said, “This is a temporary suspension while we wait for more information to review the safety risks of continued operations of the Boeing 737 MAX to and from Australia. CASA regrets any inconvenience to passengers but believes it is important to always put safety first.”

Indonesia, whose airline Lion Air suffered the first fatal Boeing 737 MAX 8 crash on 29 October 2018, also said they were looking to see if the aircraft were in flight-worthy condition.

“This check ensures that the air speed, altitude and angle of systems are operating properly, if there are findings we will immediately follow up,” said Polana Promesti of the country’s Directorate General of Air Transportation.

According to Boeing, there are some 68 airlines around the world that use the Boeing 737 Max.

At this stage it is unclear when or if the aircraft will be declared safe and restrictions lifted.

For concerned passengers before you book your flight you are able to call your airline and ask if they use the 737 Max on your desired route. You may be able to make alternative arrangements with the airline or an alternative airline.

Most powerful passports to have