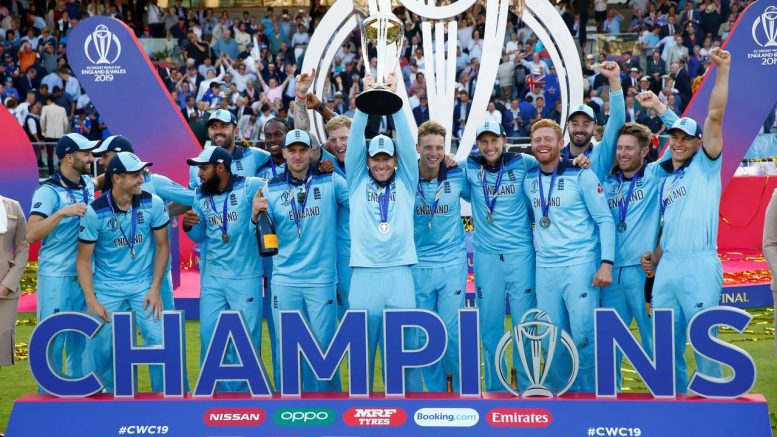 Euphoric cricket fans flooded the capital to celebrate England winning the Cricket World Cup in home soil in one of the most dramatic World Cup finals of all time.

Thousands of England and New Zealand fans had gathered in Trafalgar Square’s fan zone in London to watch one of the most dramatic world cup finals in cricket history.

But it was the England fans who were in ecstasy after the men’s team became world champions for the first time ever at Lord’s. The 2019 men’s Cricket Word Cup was co-hosted between England and Wales as separate nations.

They, alongside the 30,000 fans inside the ground and millions watching at home, were rapturous after the final was decided by a super over.

A number of fans celebrated by jumping into Trafalgar Square’s iconic water fountains, with the party lasting through the night.

Callum Stevens, 23, told press in Trafalgar Square: “I’ve watched cricket all my life. I’ve never had a moment like that ever. I can’t describe it. A super over. It never happens. Suddenly it’s the World Cup final and we’ve got to use a super over. It’s absolute pandemonium. People are like: ‘What is going on?’ And it went ballistic in there and everyone’s in the fountain. Euphoria. The best sporting thing I’ve ever seen in my life hands down.”

Meanwhile, not far away in Buckingham Palace, the Queen released a statement congratulating the team.

In the statement Her Majesty the Queen said: “Prince Philip and I send our warmest congratulations to the England Men’s Cricket team after such a thrilling victory in today’s World Cup Final. I also extend my commiserations to the runners-up New Zealand, who competed so admirably in today’s contest and throughout the tournament.”

Meanwhile, the Royal Mail has said it will use special stamps, white and gold postboxes and a postmark to celebrate the England cricket team’s historic victory.

At a time of economic and diplomatic disaster in the UK the cricket has bough a momentary relief for millions. A moment to unify a divided society and an increasingly rare moment to be proud of.