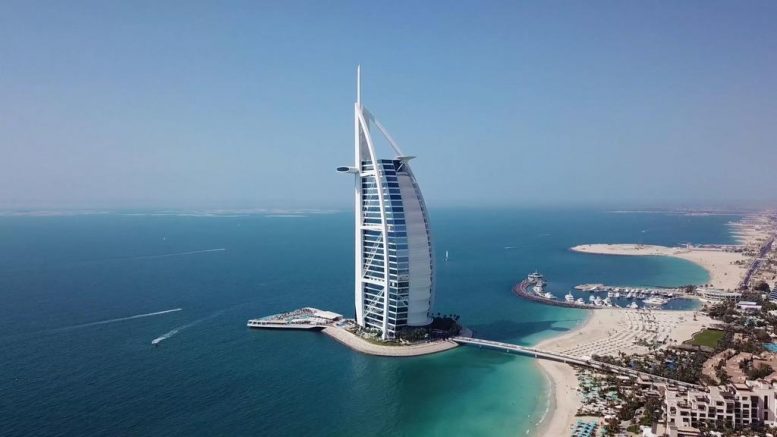 The best hotel rooms money can buy in 2019

When five stars just doesn’t cut it, these are the hotels you need.

Distinct as each hotel is, they all share one essential commonality, attention to every detail.

Whether that’s encapsulated in high-tech room features, on-site restaurants that source local ingredients or a staff-to-guest ratio that’s more fitting for a world leader than a vacationer, these upscale spots do everything they can to make a convincing argument for their prices.

IPMG Ratings are a maximum potential 5 stars (for the standard hotel amenities) and an additional maximum 3 bonus stars for included extras, flexibility and optional add ons. Totalling a maximum of 8 stars.

This iconic, sail-shaped tower is nearly synonymous with Dubai’s over-the-top luxury reputation. It even bills itself as the world’s most luxurious hotel on its website.

Perks start even before you reach the property.

An optional chauffeur-driven Rolls Royce is available to whisk you straight from the airport to the hotel, where you’ll check into one of the 202 duplex suites. You’ll have your own dedicated butler 24/7, who can arrange anything from a helicopter tour (the hotel boasts its own rooftop helipad) to romantic dinners on the property’s private beach.

While all rooms here are magnificent in size, the ultimate splurge is the two-bedroom royal suite, which, at over 8,000 square feet, comes equipped with its own cinema room, library and private dining room that seats up to 12 people. Famous guests include members of the Saudi and Omani royal families.

But even the entry level rooms here boast amenities that not many other five-star hotels can top.

When it’s time to turn in for the night, guests can choose from 14 pillow types to pair with eiderdown duvets and supple Egyptian cotton linen sheets.

There’s glamping and then there’s glamping. At this remote property in Northern Thailand (called the Golden Triangle, as it borders Laos and Myanmar) guests stay in one of only 15 secluded tents. Don’t let the word “tent” mislead you, each one boasts a handmade soaking tub, rustic safari decor and a sleek deck to enjoy the mountain views.

The real draw here, however, is getting up close and personal with the resort’s elephants, which live at an on-site camp. Experiences with the animals range from watching the sunrise over the Mekong River astride an elephant to a candlelit, al fresco dinner at the elephant camp, where traditional Thai musicians play folk songs as you dine.

Tented Camp’s outdoor spa, which is included in the room rate, even provides services for the budding mahout (that’s an elephant rider). The mahout recovery massage uses poultices filled with camphor, lime and lemongrass to soothe tired muscles.

Other luxury perks provided at no additional cost include learning the art of Thai massage, a daily wine tasting inside the charming, thatched-roof wine cave, and all meals, which include Thai specialties such as the addictive northern egg noodle curry with chicken and coconut milk. (Halal menus and non alcoholic alternatives will need to be pre-arranged on booking).

A different Golden Triangle, that of the moneyed district near the Champs-Élysées in Paris, is where guests will find the art deco masterpiece George V, one of the city’s most famed and expensive addresses.

Even the smallest rooms are over 500 square feet and feature high ceilings, marble bathrooms kitted out with thick terry bathrobes and exquisite decor done in the style of Louis XVI.

While the hotel does take pride in its three on-site restaurants with five Michelin stars between them, it would be a pity to miss the decadent room service menu, which enables guests to have a steak and a bottle of Burgundy delivered from three-starred Le Cinq straight to your bed.

Those looking for majestic views should book the hotel’s 1,600-square-foot penthouse. Its airy terrace overlooks the Eiffel Tower, and the room features 360-degree views of the city.

Inside, the suite is paved with travertine, the walls are accented with sycamore wood and a luxurious infinity bath is decked out with a chromotherapy system. (Halal menus and non alcoholic alternatives will need to be pre-arranged on booking).

This privately owned, 850-acre island in the British Virgin Islands is Caribbean luxury at its finest. With seven beaches, miles of tropical forest and no more than 32 guests on the island at any time, it’s easy to imagine you’re shipwrecked on the most glamorous deserted island ever.

Adding to the seclusion are the lack of TVs, phones and computers in most rooms. The idea here is to unplug, in style.

And gourmands, take note: Executive Chef Xavier Arnau trained at El Bulli and Nobu London, and he regularly uses local seafood and produce from the island’s own organic orchard in his menus (all meals, plus wine at lunch and dinner, are included in the room rate). (Halal menus and non alcoholic alternatives will need to be pre-arranged on booking).

Venturing outside the resort grounds is a popular activity. The island has a network of 20 trails, many leading to secret beaches or postcard-perfect views. The staff can even arrange a “castaway picnic”,  a lavish lunch spread set up on a private beach, plus a cell phone for when you’re ready to be “rescued.”

Guests should keep their eyes peeled for dozens of tropical animals as the island is home to 50 species of birds and over a dozen reptiles and amphibians (none dangerous, for the record).

Located in the northeast corner of New Zealand’s North Island (about a 40-minute helicopter ride from Auckland), this isolated, 800-acre property caters to only 10 guests at a time, making it one of the most exclusive luxury resort in the world.

With over a mile of rugged coastline and four private beaches, it is the ultimate water playground for those with deep pockets. Activities here include gallivanting around the property on an electric Polaris Ranger, touring the on-site farm (including helping to round up the herd of Wagyu cattle) and hunting for glow worms at the resort’s creek.

Guests retire each night to one of five, oversized oceanfront villas, which feature handmade linens from Europe, rich duvets from Hefel of Austria and plush Feiler towels from Germany. Cult favorite Molton Brown provides the toiletries.

It’s advisable to work up an appetite here. The on-site restaurant, Ristorante Don Alfonso, is an offshoot of the Michelin-starred original in southern Italy. And, with less than a dozen guests on property, the possibilities of where to dine are legion: Opt for a candlelit dinner in front of a log fire one night and a private beach picnic the next. (Halal menus and non alcoholic alternatives will need to be pre-arranged on booking).

Channel your inner royal at this stunning property, which is actually owned by the King of Morocco himself.

You’ll certainly feel like a prince or princess with the ratio of staff to guests, each guest has seven personal staff members, but don’t be surprised by the serenity of the place in spite of this. The hotel workers use an intricate maze of underground tunnels to cart luggage and deliver room service virtually unseen.

Architecture buffs will drool over the above-ground structures as well: The entry gate is a stunning feat of cedar wood, chiseled metal and sculpted plaster. The lodgings here are also different, rather than rooms or suites, there are traditional Moroccan residences known as riads.

Each stunning riad, 53 in total, is a triplex, with a courtyard and living room on the first floor, bedrooms on the second and a private terrace with killer views overlooking Marrakech on the top.

Weather is no match for these high-tech structures either; the roofs are equipped with rain sensors and automatically close when they sense moisture.

If you can tear yourself away from your personal palace, the hotel is also home to three restaurants and three bars, including the famed La Grande Table Marocaine, run by Michelin-starred chef Yannick Alléno.

Live like a Rockefeller for real. This lakefront Adirondack estate was once the private home of William Avery Rockefeller II, and it retains more than a whiff of its Gilded Age provenance.

Wednesday and Saturday evenings, there’s a black-tie dress code for dinner, an homage to the lavish parties the Rockefellers once threw. The meal unto itself is an event: a seven-course tasting menu paired with wines, where guests dine together communally (all meals and activities are included in the rate here). (Halal menus and non alcoholic alternatives will need to be pre-arranged on booking).

The 11 rooms are spread across four log buildings, with guests allowed free range across the 75-acre spread on Lake Saranac. The hospitable staff willing to cater to guests’ every whim, whether that’s ice skating on the frozen lake during winter or arranging complimentary fishing licenses during the summer. They’ll even organize picnics or cookouts for lunch, virtually anywhere on the property.

And pet owners rejoice: Canines are treated like royalty here, with amenities such as dog-friendly “Bowser beer,” animal beds and pet life jackets provided for boating trips around the lake.